Our Lady of Hope Youth Group

Camp Daniel 2013 is done, but there are only 321 days (27,734,400 seconds if you prefer) until Camp Daniel 2014! In between weeks two and three, there is a week without campers or counselors. Some call it the week off, but believe me, it's not. We were getting ready for weeks three and four. Also, during this week, Our Lady of Hope Youth Group from Chicago comes up and helps us build things around the grounds. This year they came and started to build the "backstage" in the garage (It will eventually be the dinning hall). 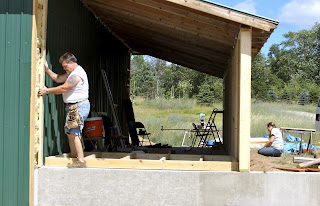 This is the spot where we poured concrete right before camp started (See previous blog post). 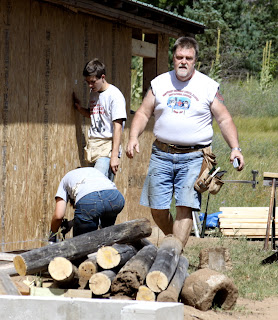 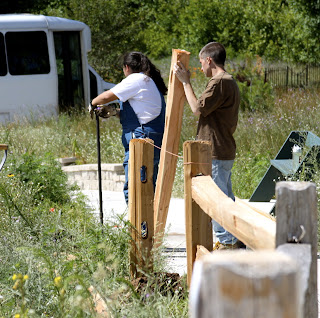 One group put fencing around pathways. 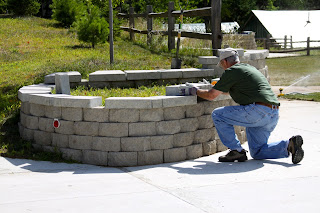 One group placed capstones on the stone walls around camp. 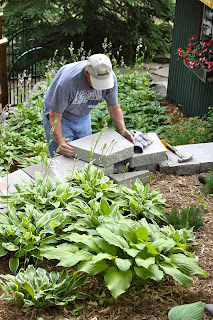 The biggest project that this group did was laying sod around the two dorms. It took them all week!! 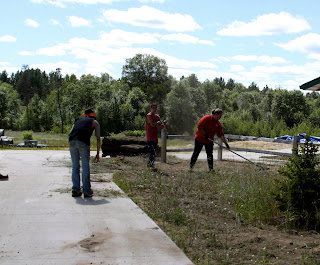 Getting the ground ready by spraying it with water (Above) 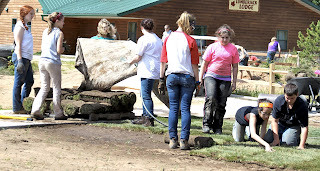 Making sure it fits nicely. 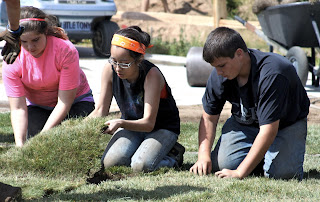