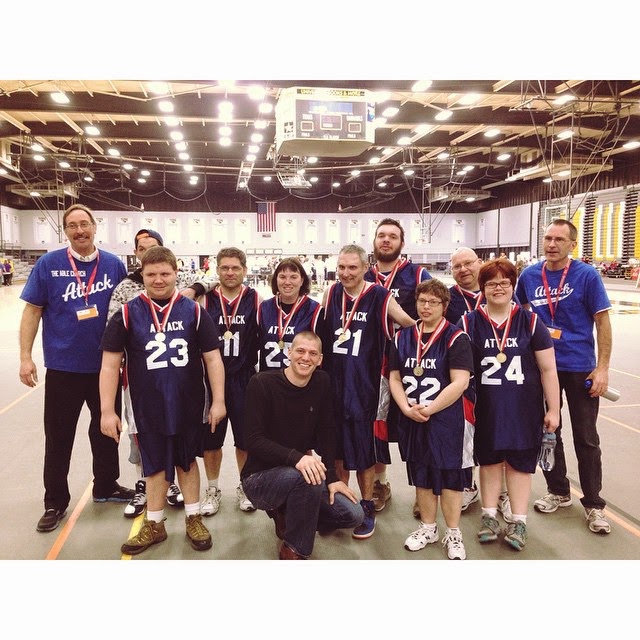 April 11th, was the state Special Olympics basketball tournament in Oshkosh. The Able Church has two teams, in which one of them made it to the state tournament.........and won first place!  Coaches included Roger Wied, Bill Woods and Camp Daniel's Nick Sterry and Interns Betty Miller and Evan Hartwig. 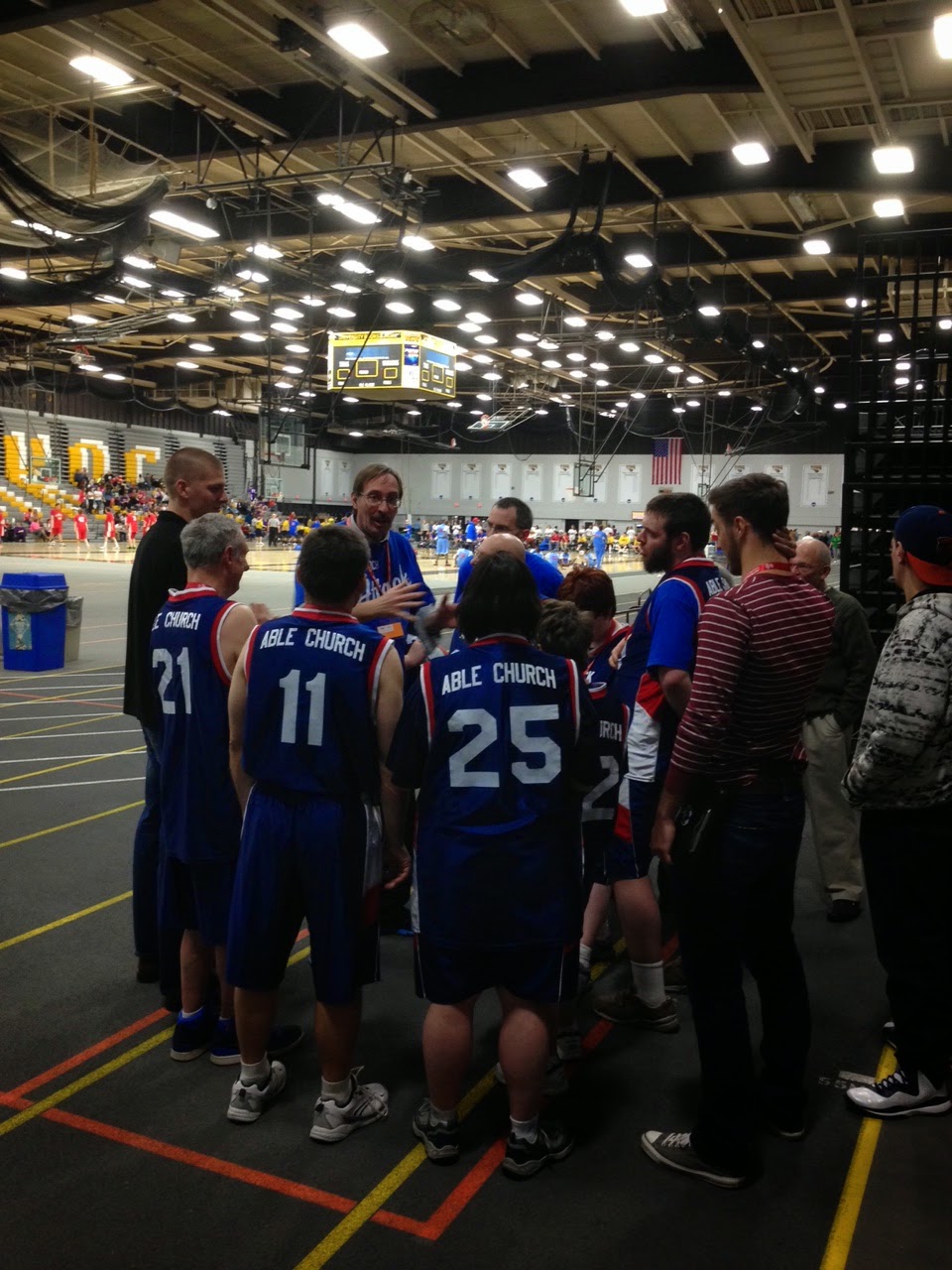