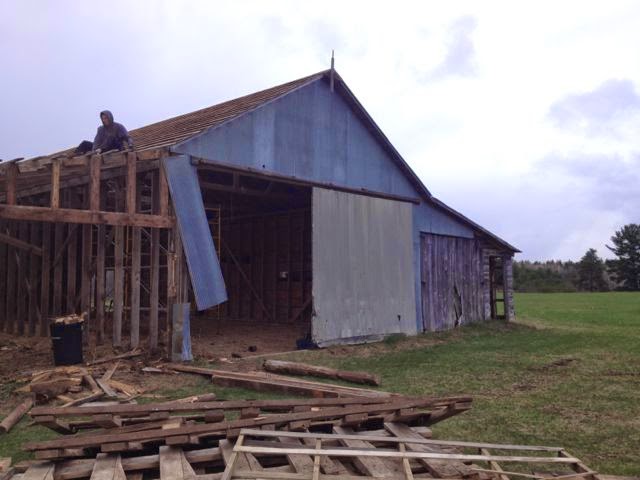 After tearing down the smaller barn in Antigo, Tony continued to check Craigslist for another.  He found this barn that was free, we just needed to take it all away.  It was located in Pembine, which is a reasonable distance to haul.  We were excited because the entire structure was covered in mildly rusted corrugated galvanized steel panels, which would be perfect for the ceiling of our barn.  When Tony contacted the gentleman, we were told that someone else had already inquired, but he took our number in case that opportunity fell through.  About 4 days later we received the call and the barn was ours if we were willing to 1) not sue him for an injury and 2) take it ALL away.   After evaluating the structure in person, we decided that there was lots of good material there, and not anything that we wouldn’t use.  We don’t want to dismantle and haul garbage!  So the guys spent the better part of a week dismantling the 60’ x 60’ barn. 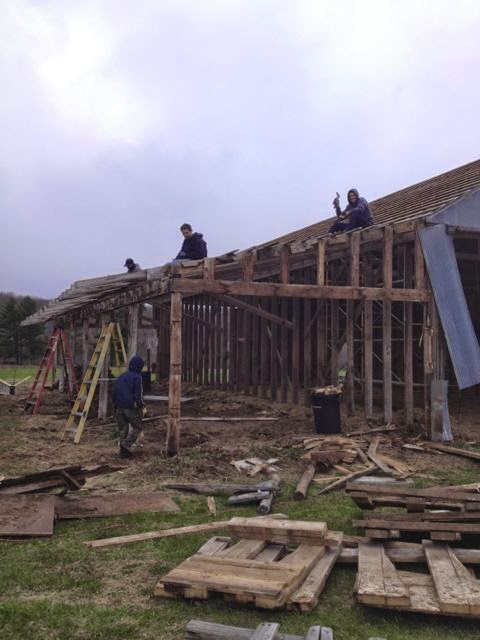 I don’t have any pics, but the first day they were in the snow/rain, but after that the weather was better.  They brought the skidsteer, which they used to make things easier and faster.  But everything was still systematically dismantled.  They tried not to break any boards, or bend any of the metal panels. 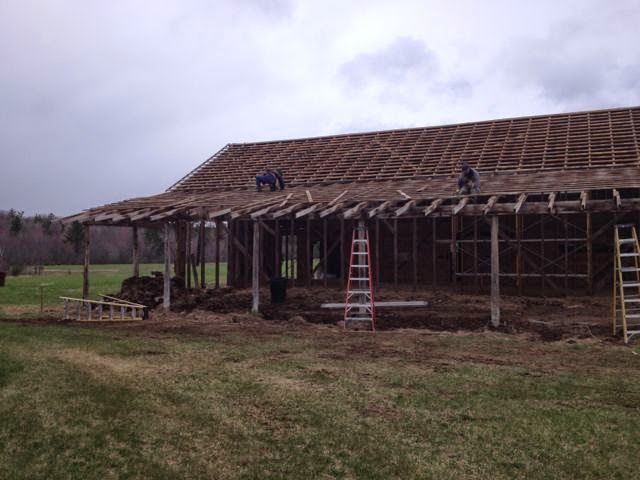 The photos basically speak for themselves!! 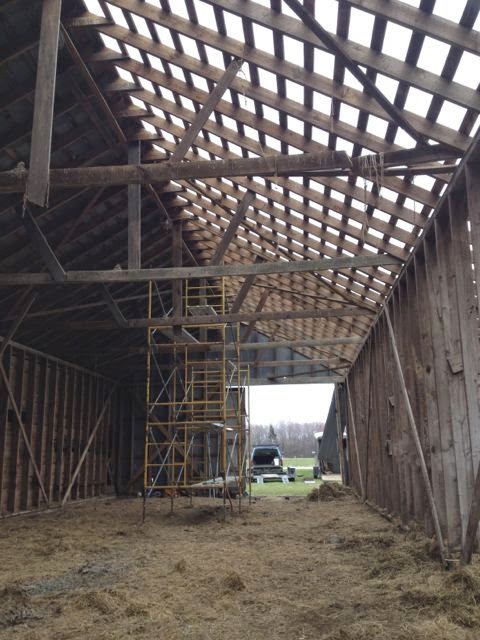 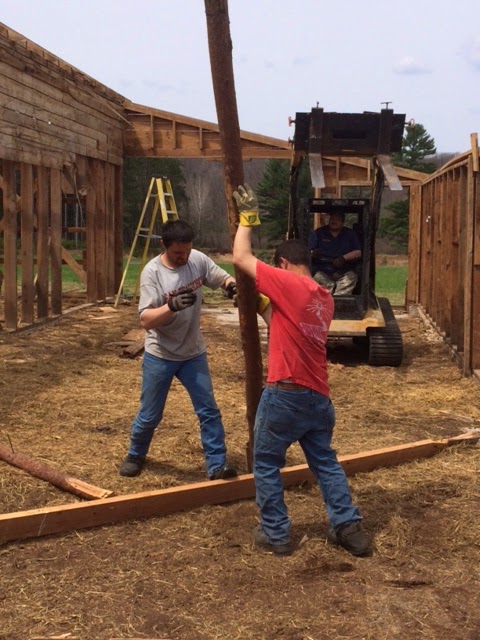 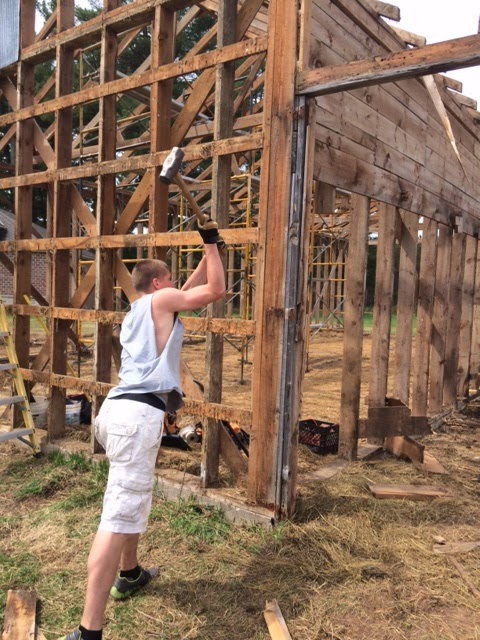 Everything was bundled and hauled away, three trailers full at a time.  Took 5 trips to get it all. 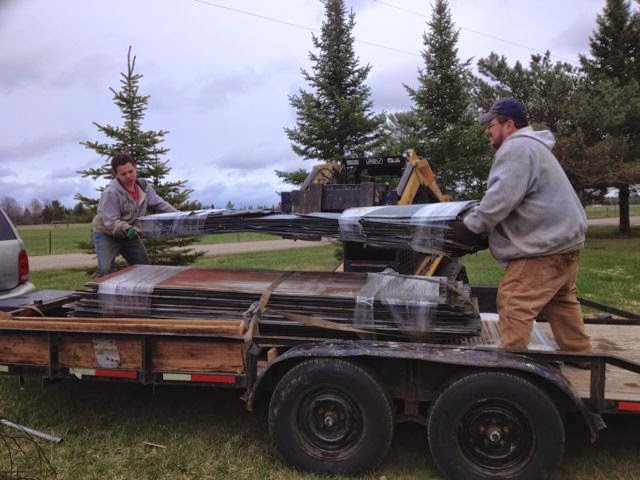 Tony used the skidsteer to break up the concrete that was on the floor, dig a hole, bury the concrete, and cover and smooth topsoil.  If not for the lack of grass, you would never even know we were there!  Aside from the metal, we salvaged miles of aged dimensional lumber.  There were even a bunch of Straight 16’ 2x6’s!  Now the large and daunting task of pulling nails out of all that lumber!  Between the two barns, we now have enough aged material to do some pretty cool detail work inside the new barn at Camp Daniel! 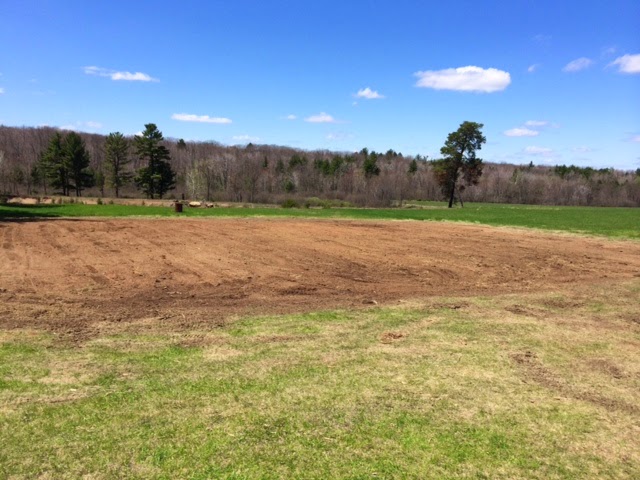