Some new things you may have missed at Camp 2014 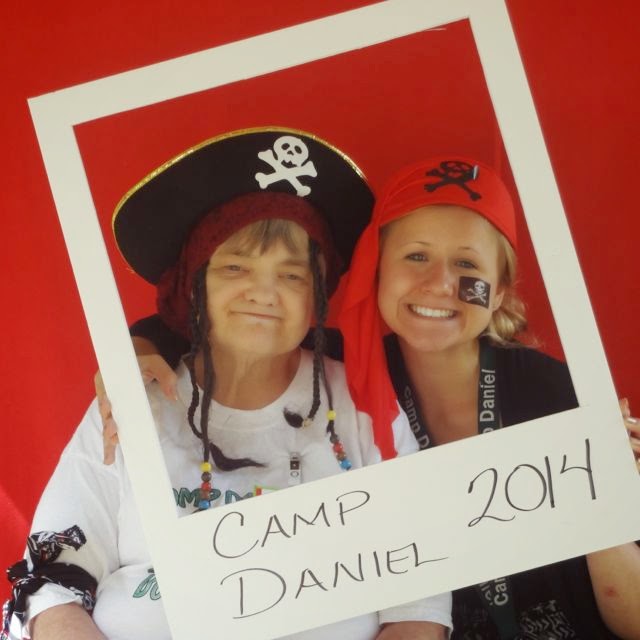 Since many of you were not at camp this year, I thought I’d do a blog on some of the new things implemented at camp this year.  Following the trends, as we do at Camp Daniel, we put up a photo booth two times each week.  One on pirate day, and one before French night.  Everyone had fun taking selfies with the props. 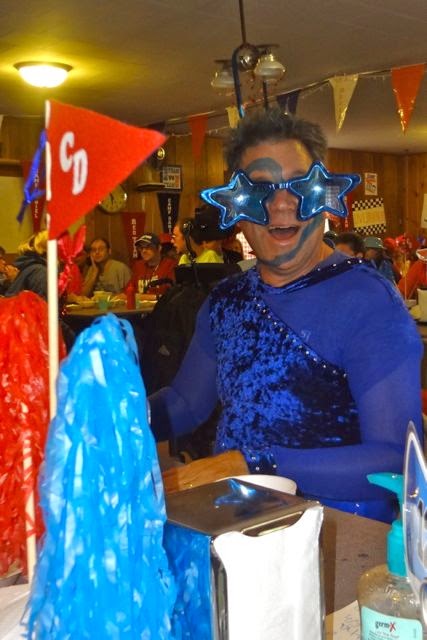 We had two new theme meals this summer.  In the pic above, you see Stevo Hays supporting the Blue Team during the Red/Blue Pep Rally.  This meal replaced the football tailgating theme.  The dining room was decked out in red and blue, as were most everyone there.  The camp was introduced to the summer interns who led their teams in chants and cheers. 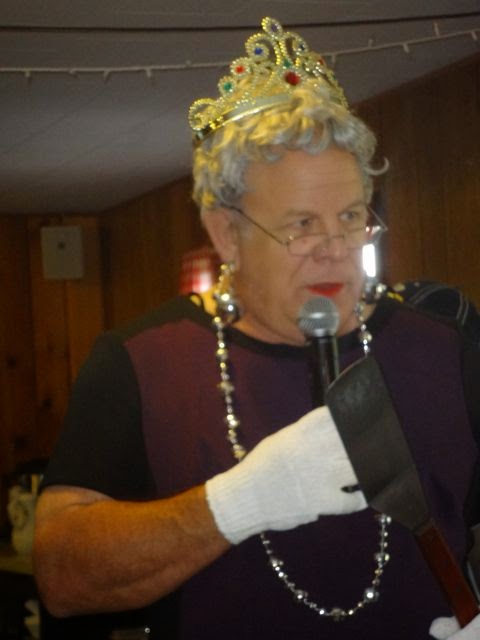 Our second new theme was British Breakfast.  I know you are asking yourself, “How did they get the Queen Mum to go to Wausaukee?”  She was awesome.   In the photo below, you can see the honorary Prince and Princess of Spatula (complete with crowns) being served at the royal table by Chef Trish. 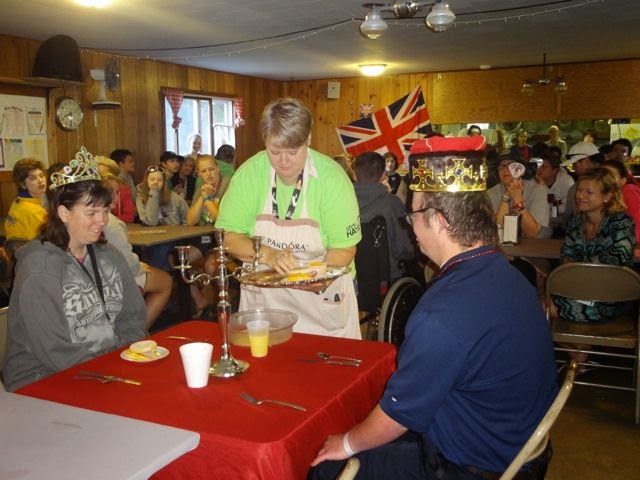 In a less formal change, we changed up the counselor snacks this year too.  Some of the items are the same, but everything was served “bar” style.  Below, you see the chocolate fountain bar.  We also had a nacho bar, sundae bar, potato skin bar, popcorn bar, veggie pizza bar,  and pretzel bar.  It was all a hit; but I’d like to thank the DiBiase’s for donating the chocolate fountain.  It gave a real “Aaah” factor on the first night. 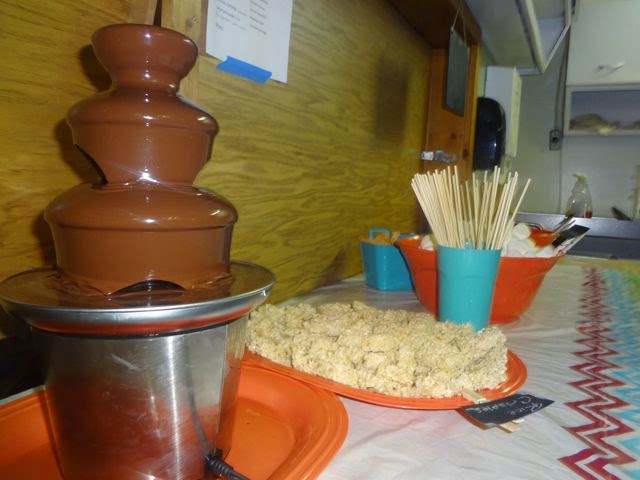 Our “Don’t Stop” theme had a car racing look, which was fun.  The photo here shows one of the most fun additions to camp this year; CSPN (Camp Daniel Sports Network) was taken to a whole new level.  Each day the CSPN desk would travel to the days group rec activity and the announcers, Steve and Nick would announce the game via a cordless sound system.  They even had sports themed background music.  They did a great job of commentary, which added a new layer to the activities.  In the photo below, CSPN was held in the chapel, where they were able to show video highlights from the previous days activities, and interview the athlete involved.  It was all quite entertaining, and the campers got a kick out of the focus on them.  (A microphone in hand is always a good thing too!) 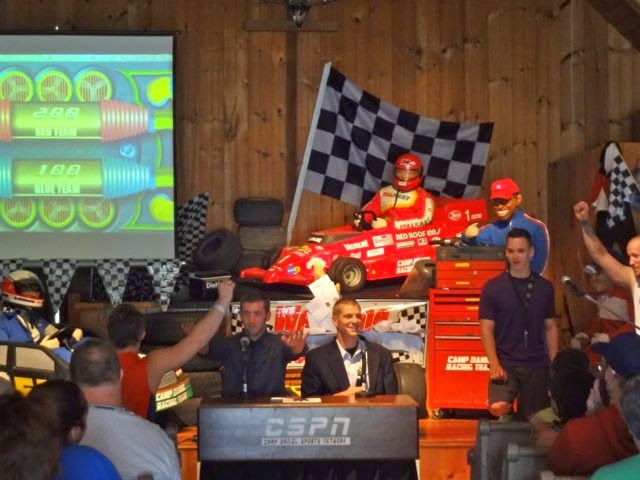