We, at Camp Daniel, have recently finished our first two weeks of summer camp.  Our year long interns, Steve and Nick, were joined by 5 summer interns, for 6 weeks this summer.  As a group, the interns ran group rec time at camp, including messy games.  They each also had campers both weeks.  The 7 interns were  cabin leaders, helping out other campers and counselors.  They also organized and ran evening meetings specifically for the teens at camp.  The group did a great job in all these things, and were tired after camp ended.  They enjoyed a nap on Saturday, but Sunday afternoon they were back at work, getting ready for a group of 30 people that were on their way for a work week at Camp Daniel.  The group is re-installing a retaining wall by the garage.  The old way had to be dismantled.  In the photo below, the interns were joined by Anthony, Richard and Nick to move hundreds on concrete retaining block.  The foreground captures many of the blocks already done. 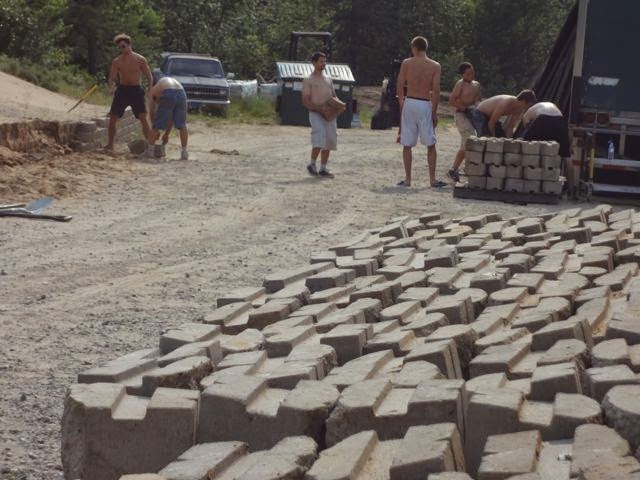 The guys showing off a bit. 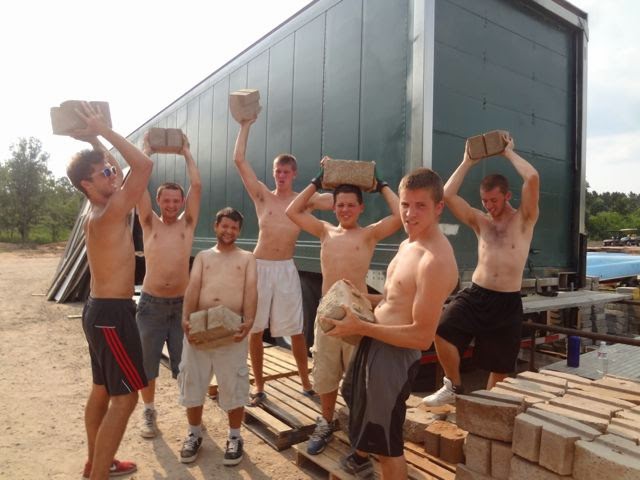 The girls couldn’t be outshined by a  bunch of guys! 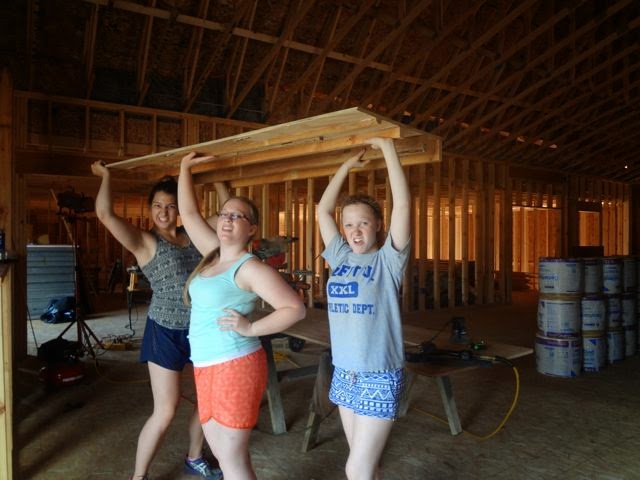 They worked with Tony on final preparations in the barn, like putting away tools.  They also helped Tony build a new ramp for the chapel at Lake Helen.
Since camp ended, the interns have had multiple meetings with Karol and Tony evaluating the first two weeks of camp, planning for the next two, and going over lots of leadership skills.  Today, they also helped Trish by weeding most of the property.  And some time yesterday was spent mowing grass, sweeping sidewalks by the lake, and cleaning the snack stand for the arriving work group.

So proud of this crew!
Camp Daniel is so blessed!!