We had another workday on Saturday up here at Camp Daniel! We had quite a few people come up. Seeing as it is Autumn, that means there are a LOT of leaves that are falling off the trees. Somebody has to rake them, right? Well, that's what one group of people did...rake leaves. A lot. And even thought they raked a lot, there are still plenty of leaves that still need to be raked! (Maybe a job for the Able Church Workday?!) 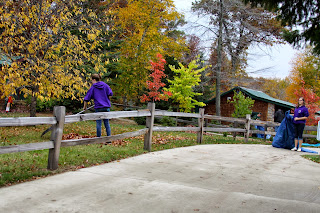 While they were walking around camp raking leaves, another group was up in the Trapline Lodge plastering and tiling the walls. This group included Becca and Shelly Risner, one of their friends, Don Richmond, Steve, and Nick Stonelake. They did a great job! 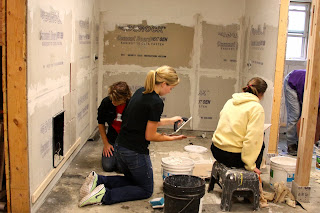 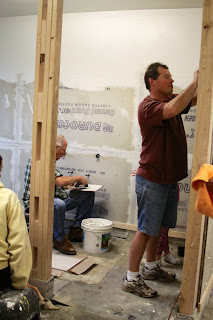 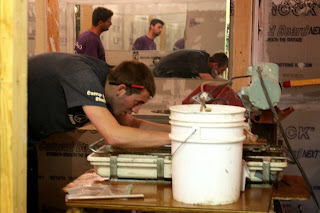 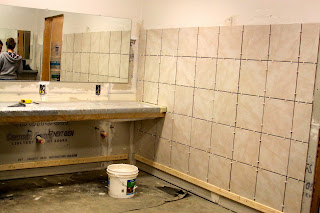 While they were doing that, Lilly Howe and her Dad, Richard, Nick Sterry, and Jake were in the new addition of the garage plastering the walls! 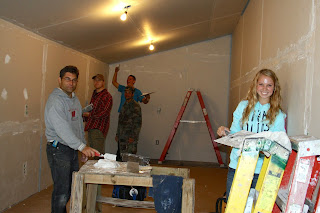 But wait, there's more! (This is a big workday!) Tim Mandich came up to the work day and worked with two more people and put up a small retaining wall continuing from the existing one down by Tony's office. This was a VERY dusty job! They had to cut the concrete stones to make them all fit next to each other. 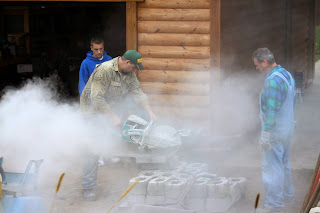 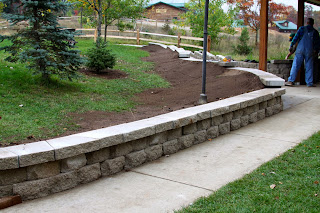 And don't forget about the craft cabin! They took out all of the drawers and cabinet doors so Karol can sand them and get them painted. 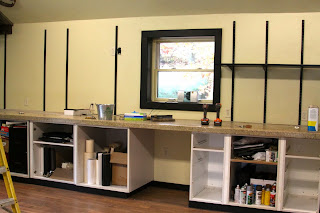 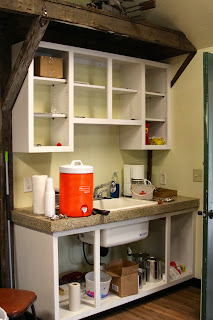 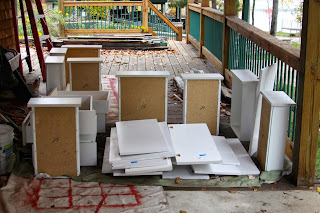 After the workday, there was another Camp Daniel Counselor Meeting which we have here every second Tuesday of every month. Not as many people showed up to this one, but there was still a good turnout! On Saturday night, we talked about our favorite movie and how it affected us spiritually. Comment your answer below! We'd like to hear from you!
at 2:57 PM