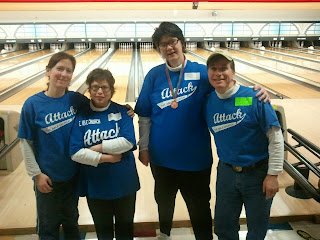 Last Saturday was the state level competition for  Special Olympics.  Some of the Able Attack athletes advanced to this level, and were able to make the trip to Milwaukee to compete against athletes from all over the state.  We are very proud of all of the athletes this season!

The photo to the left features our two bowlers, Darlene and Tina.  They competed at two different levels, so they weren’t competing against each other.  Darlene placed 8th, and Tina brought home a third place medal. 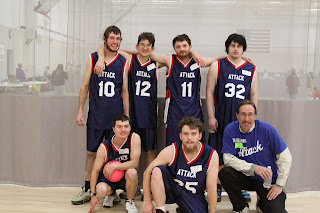 One of the Able Attack’s two volleyball teams competed at the state level last weekend.  The guys won a silver!   Back row from the left:  Nate, Joey, Nick and   Trevor.  Bottom row from left:  Brian, Billy and Coach Roger Wied 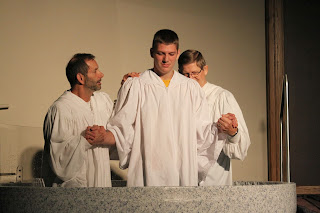 Nick Sterry was baptized on Sunday in a wonderful ceremony at Living Hope Church.
Yes...he cried.
We are all so blessed to have Nick in the Kingdom and in our lives!

The last picture is from the Ecumenical group that Jen, Trish, Marceaux and Jake participate in.     It is a Bible study for people with disabilities that is held every other Monday in Marinette.  Their Christmas program included a bell choir, like we do at camp and at Able Church. 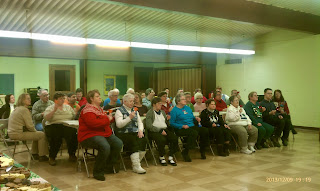