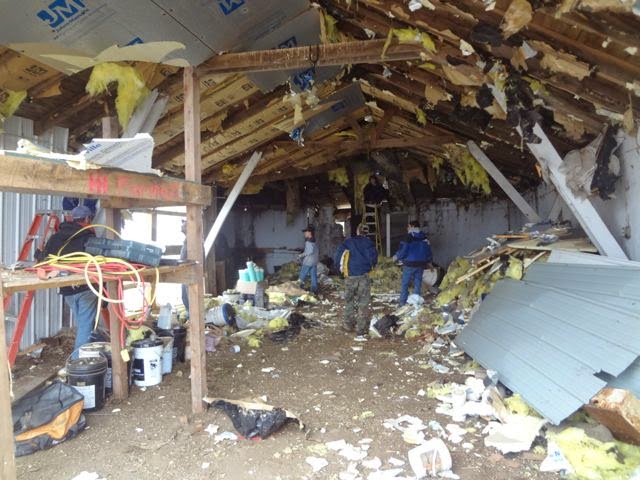 The power of Facebook!  For the chapel area of our new building, we want to use barn boards on the interior ceiling/walls, so we put a plea out on Facebook last week.  Tony’s sister, Lora, reposted it on her wall, and a friend of Lora’s from Oshkosh saw the post and contacted Lora.  She knew that her sister and brother-in-law were getting ready to tear down an old building on their farm in Antigo.  Tony and Karol drove there last Saturday to speak with the owners and access the feasibility of the project.  The original plan was to bulldoze the building, so the owner allowed us to take what we needed, and leave the rest to be dozed.  Our crew, with an open trailer and closed trailer, arrived at the farm on Monday morning ready to work.  In the picture above, you can see our staff busy tearing down the insulation that was on the ceiling.  That was all hauled from the building to a construction dumpster that was on site.  The interior walls were also insulated and covered in metal roofing panels, which all had to come down.  After the bulk of that prep work was done, we were able to start harvesting boards.  Tony was on the inside, hitting the boards with the sledge hammer, while Anthony and Karol pulled and twisted the boards the rest of the way off.  The boards were then piled off to the side, to be later stacked into the enclosed trailer. 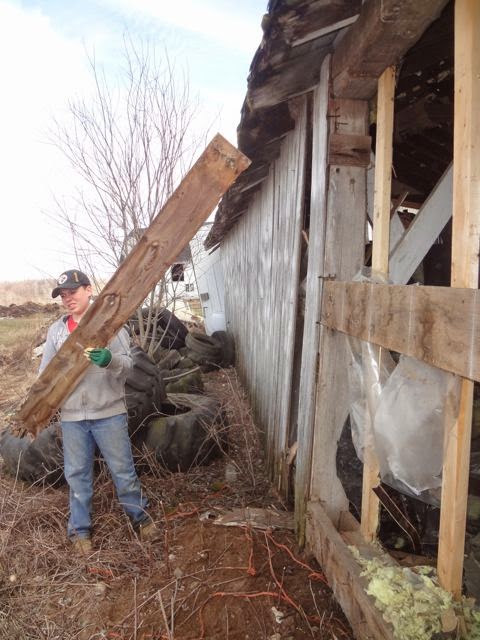 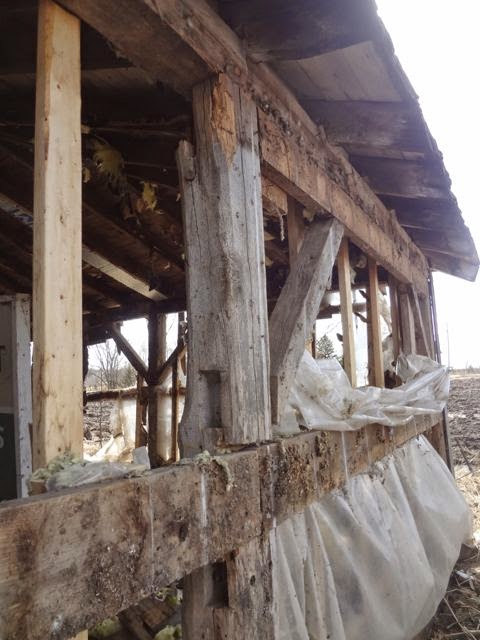 After the boards were all off, we could see and appreciate the old beams that were used as the main structure of the building.  We were able to harvest only a few while the structure was still standing.  The building was an “L” shape, and the owner wanted to save one part, so Tony cut through the roofing and other beams that connected the two sides.  We didn’t want to inadvertently pull down the good part when the other part fell. 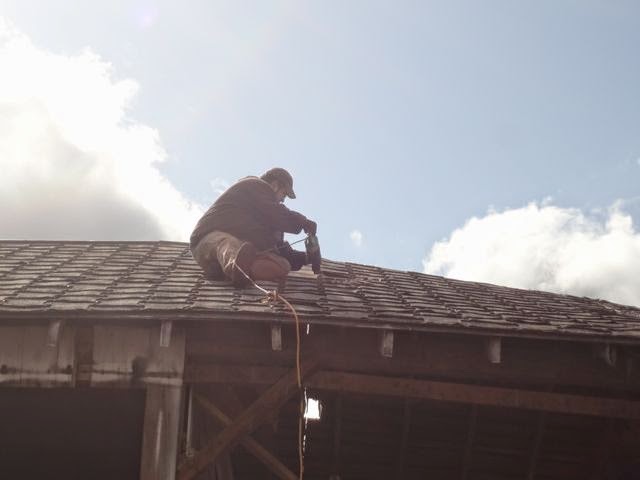 Those beams were strong and sturdy and it took a while to pull the building down with the owner’s skid steer.  Once it was down, we set to cutting off roofing sections to get to the beams underneath. 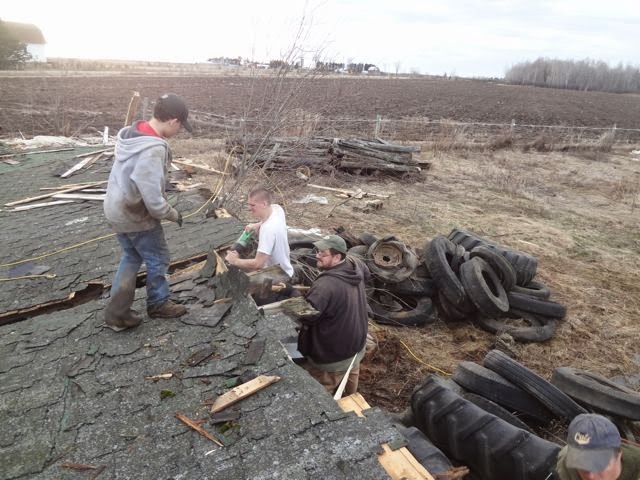 This beam was the largest we salvaged.  It took all of the these guys to carry that one! 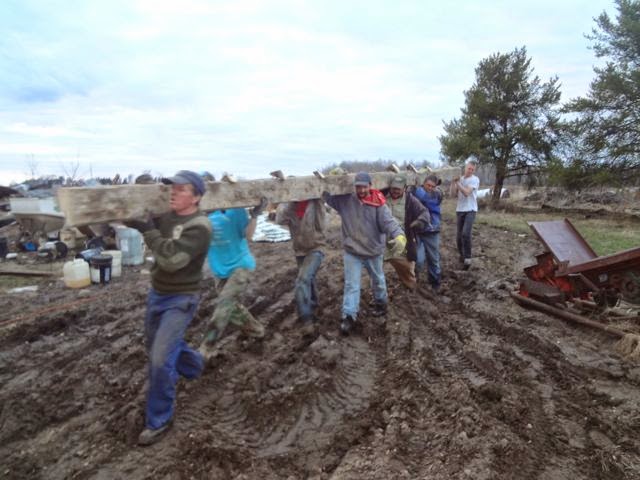 This is what the building looked like just before we left.  We were just able to get the trailers stacked and tied down as the darkness was settling in.  We were a tired crew when we got home at 10:45 that night.  Ibuprofen all around and lights out!  It was well worth the trip, as Camp Daniel now has a lot of wood with age and character to design the interior of the chapel. 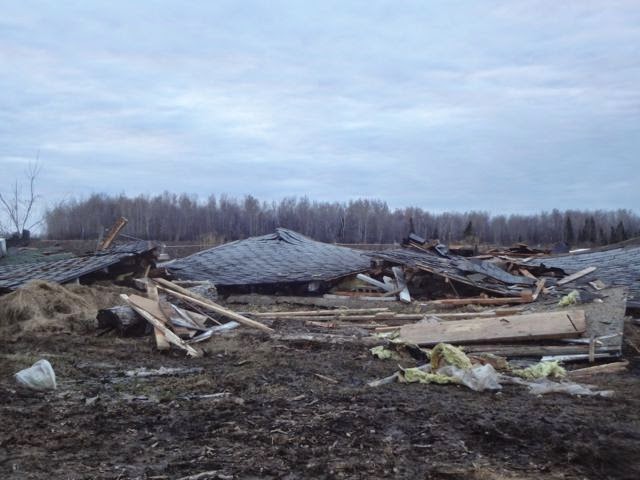