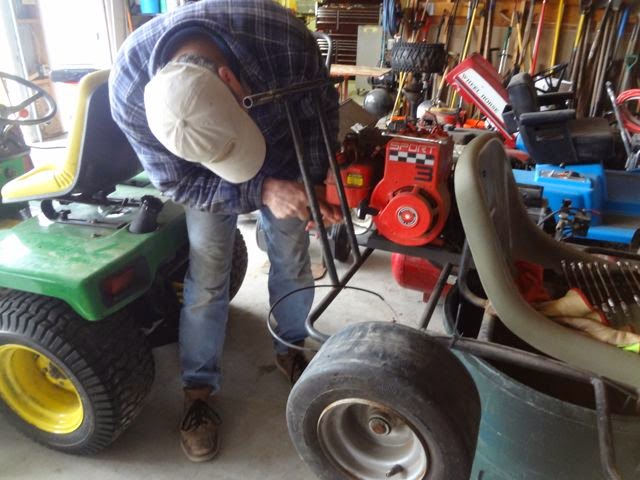 We had a good turnout at the Camp Daniel work day last Saturday.  There was lots of work getting done in many different areas of camp.  The picture above captures Tim Mandich, whom was working with his brother Matt, working on camp vehicles. 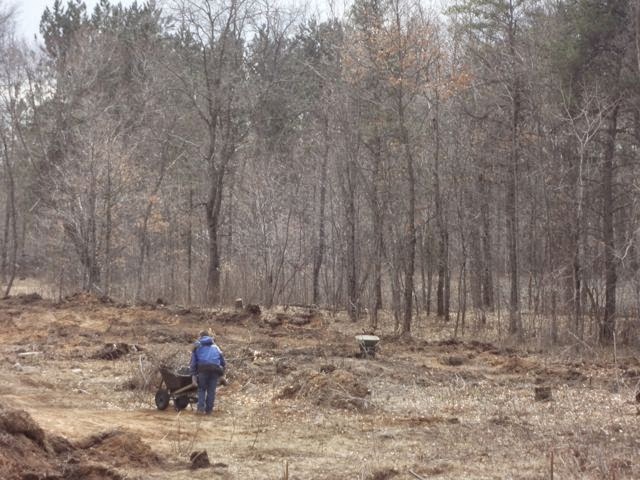 There was work done in the woods where the new mound septic system will go.  Even with all the prior work being done, there were still trees and brush that needed to be cleared.  One person was working a chainsaw, and in the picture above, Jake is taking brush to the burn pile. The two guys from the Three Lakes area were put to work on installing railings on the Trapline Lodge.  They got two done.  So now there’s only one left! 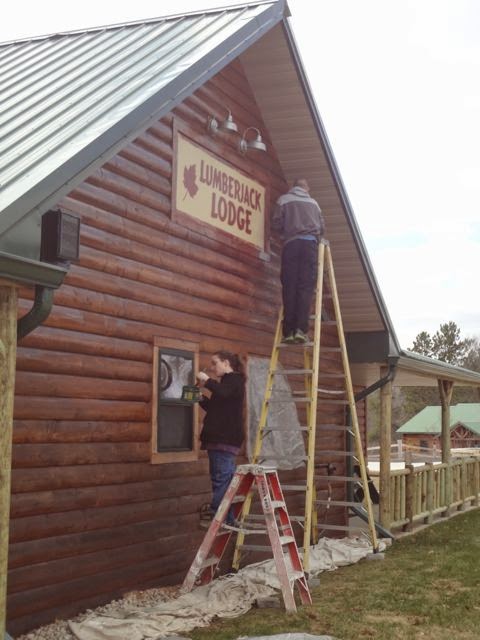 The under 25 set was put to work staining the Lumberjack and Trapline Lodges.  They braved the heights and got a lot done.  They even stained all 8 dormers on the two buildings. 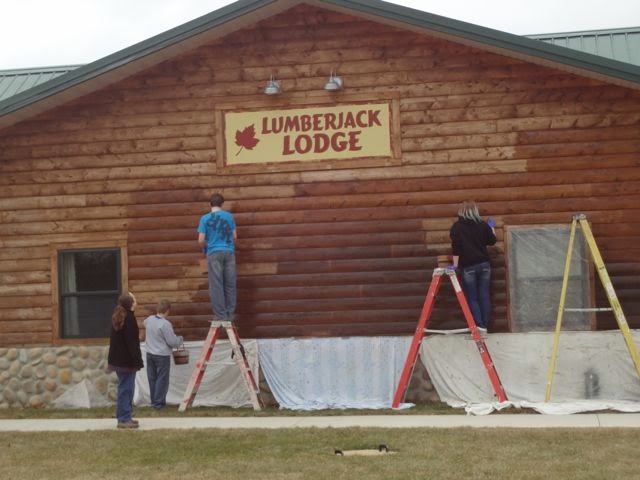 Rudie Koch and intern, Nick Sterry were given the task of sanding the new railings on Lumberjack so that they can get stained at a future work day. 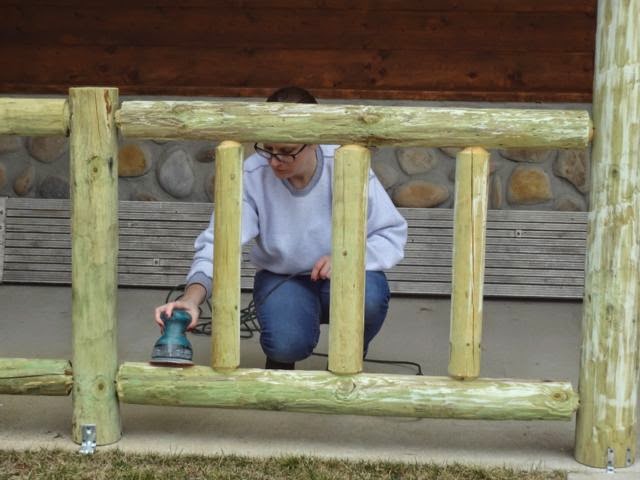