Since our last blogpost, the framing crew has started working, and it’s fun to watch them, as they are so fast and efficient.  Naturally, they started with the lower level.  With so much of the walls being concrete, they were able to put up two walls, and start right in with the floor trusses. 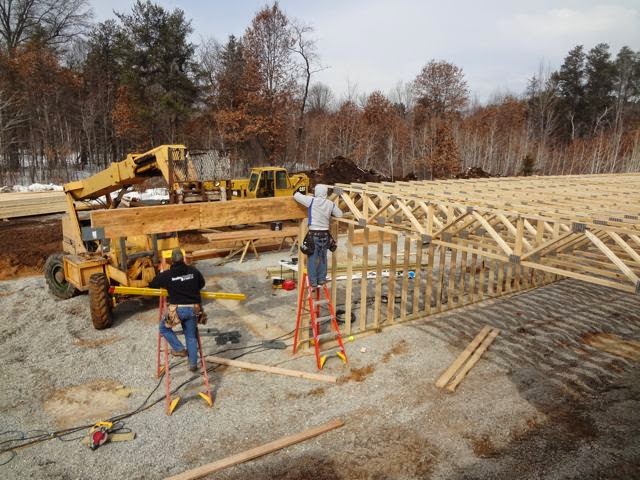 After the first set of trusses were up, they sheeted what will be the first floor, then added the second section of trussing. 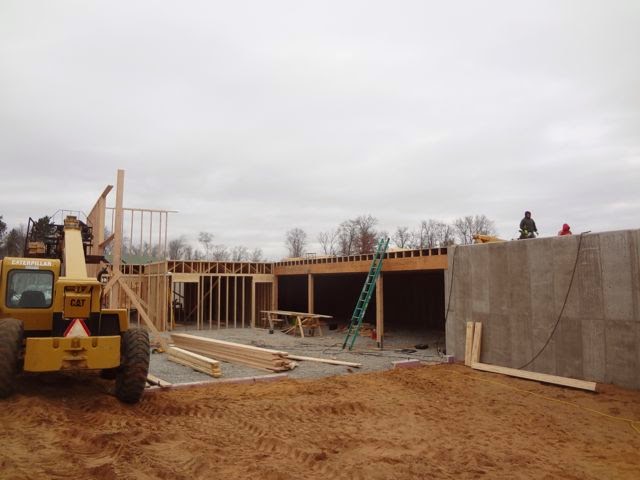 From this view you can see the taller studs that will be the tall open area that will be great for Marceuax’ work.  The room closest to you in the photo will be for all the construction tools.
You may have noticed that the floor is gravel.  We will most likely be pouring that ourselves.  We saved a lot of money by not having that done by the concrete crew.  It can be poured after this first stage of building is done.  We will probably do at least part of it this spring, as we can really use the storage space that it will provide. 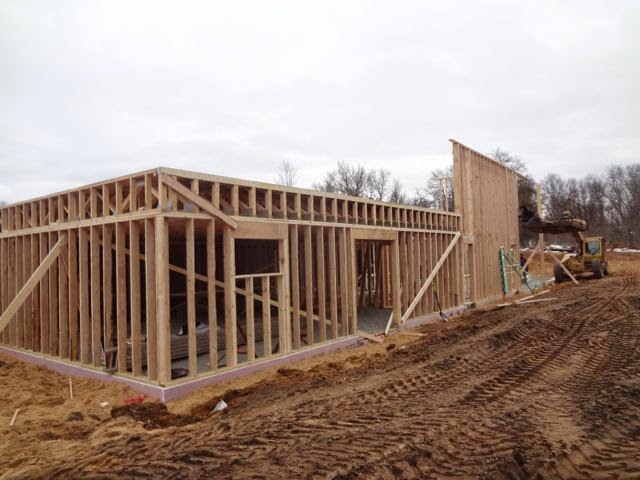 In the pic below, you can see the start of the second story.  The area closest to you is the barn, which will be used as chapel and multipurpose.  Since they won’t be putting in the windows right away, they sheeted right over the openings.  When the time comes to install the windows, you just cut out the plywood. 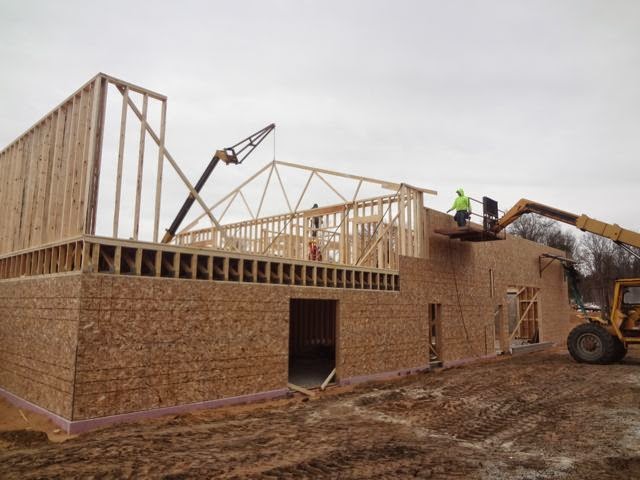 The last two pictures show the upper floor.  They framed the interior walls and most of the exterior walls, then started sheeting and lastly, adding ceiling trusses.  The plan was to have a crane for them, but with the road restrictions, we can’t get one here, so they had to use the boom that they have here.  Right now, they have over half of the trusses that you see below in place. 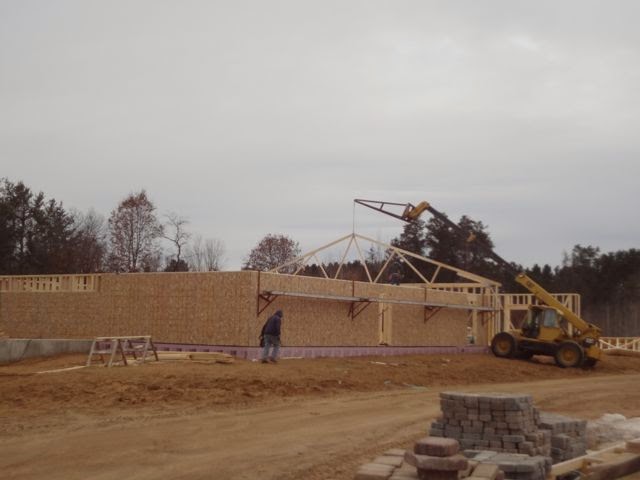 After the above trusses are set, they will start on the barn side which is the open area in the pic below.  The trusses go the opposite direction, and they have the barn shape. 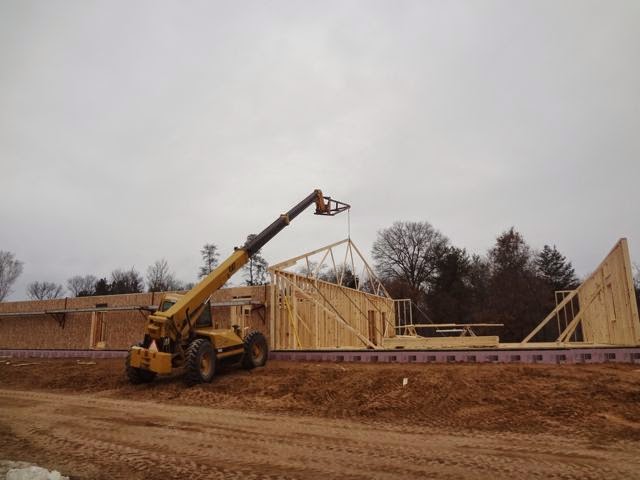 Pretty good for one week’s work!

While the framing crew has been busy with the new building, the Camp Daniel staff has been working all week on preparations for the Largest Ever Camp Daniel Work Day!  We have 60 people coming this Saturday....details in the next post.