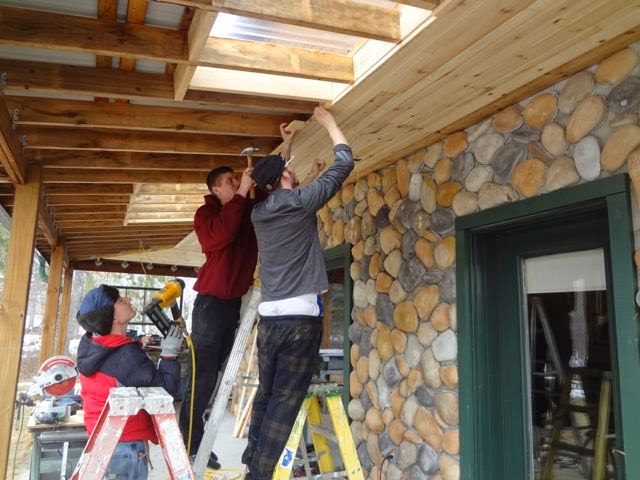 After the last work day, Tony and the guys have continued on with jobs that were started by the group from Racine.  Steve, Nick and the guys are shown above working on the tongue and groove on the porch roof. 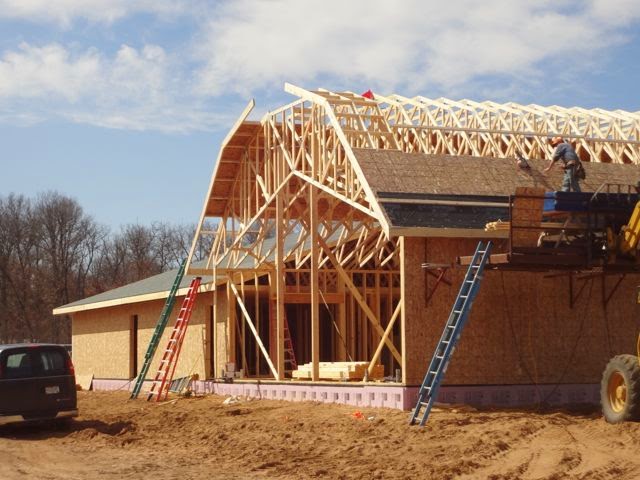 The framing crew is on vacation this week.  These picks are from last week. (obviously, as there’s no snow!)  They have finished the sheeting, which they are working on in the picture below.  They starting to put the house wrap on before they left.  When they come back next week they will have 2 or 3 days of work left. 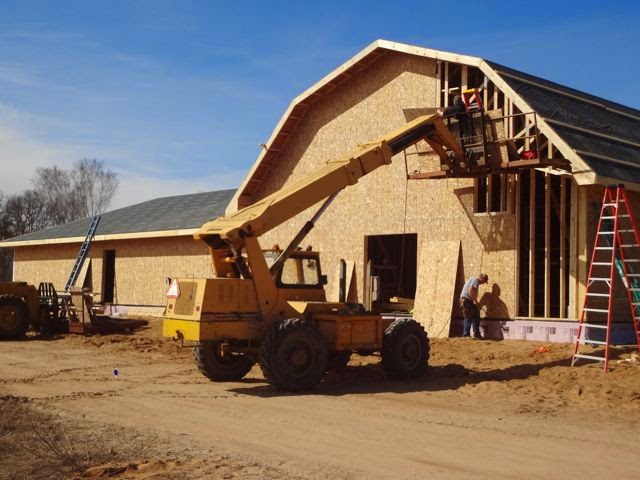 The photo below is of the inside of the barn section of the building, which we will use as a chapel.  We are really excited about the interior of this space.  It’s going to be great! 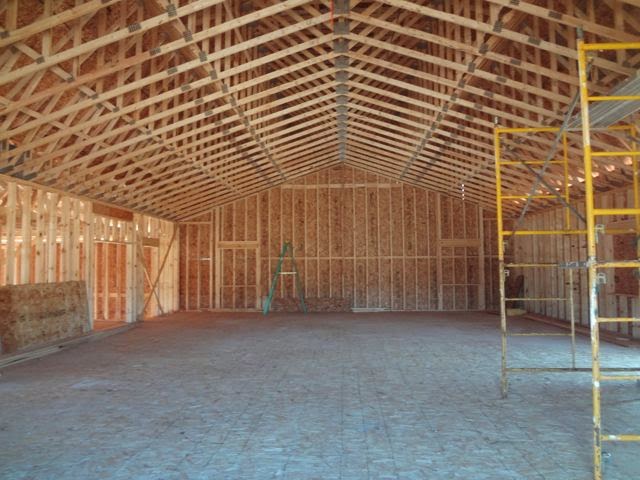 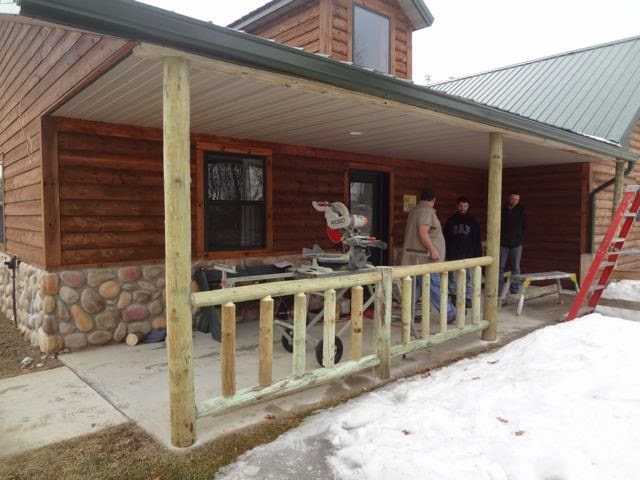 Tony and the guys also continued the job that was started on the work day of the porch railings.  They finished all four on Lumberjack Lodge.  They look “right” and finish the look of the building.  On an upcoming work day, one of the jobs will be to sand and stain the railings. 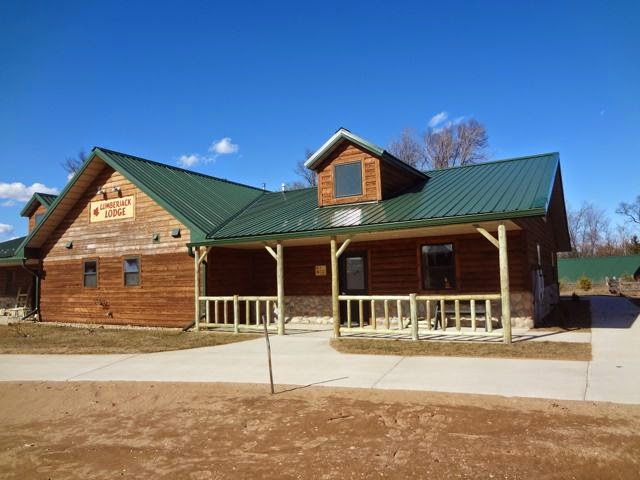 Tony and the guys have also continued work on the brush and tree removal that was started on the work day for the area where the septic will go.  He even got most of the stumps pulled out.  We even had a large burn pile last week to get rid of some of the previously gathered brush and trees.