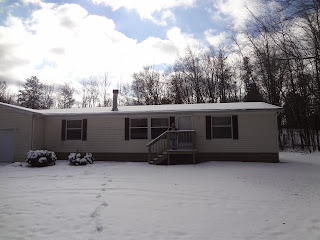 So it's been 10 wks since DJ bought his home.  We've been working like crazy trying to get the remodel done by the first of April.  Here's the first installment of the before and after photos.  DJ and the Bury's officially moved in today!  Of course, there's still some things that need finished, but we're very proud and excited of the job done.  They deserve the best, and it was our job at Camp Daniel to make sure that we gave them the best we could.  The pic above shows the original exterior.  Notice in the second photo that the door moved to where the farthest left window was. 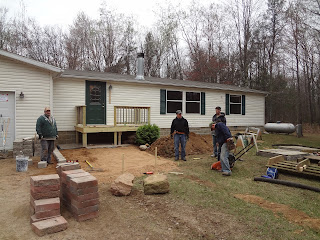 We also changed the shutters from burgundy to green, and painted the new front door to match.  New exterior lighting was added.  The old stairs were reconfigured, and the deck area made larger.  The first section of the ramp is in and you can see the second two sections laying flat on the ground.  The ramp was from Tony's grandpa Bruette.  It's been laying around Camp Daniel for many years, so we're happy to see it put to use.  That's a lot of lumber!  The patio area joins the stairs and the ramp, and was made from a small amount of landscaping block that was also donated.  The deck will be u shaped and the area in the middle of it will be planted with existing plants and a tree that we still need to purchase. 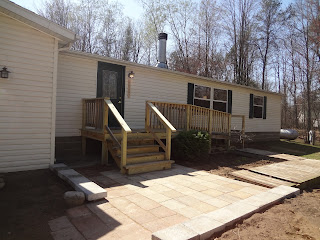 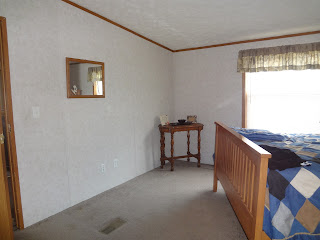 The above photo and the ones following are the same shot.  It's the original master bedroom and it's window.  The window was taken out, and replaced with the new front door.  So what was the bedroom, is now the entry/mudroom.  In the photo below you can see the backside of the fireplace.  The tv hangs above it, so Tony had the idea to wire the sound, video, etc thru this area.  He built a cubby in the dead space above the firebox. 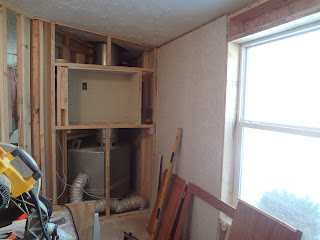 This is about how the area looks now, except that there's hooks to the left of the door.  There will eventually be a built in bench area below the cubby doors for shoes, etc. 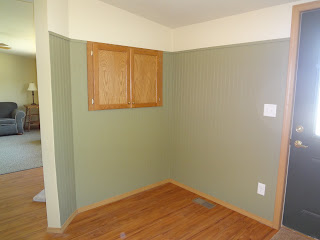 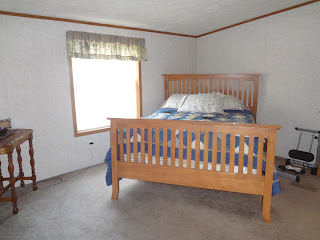 This is the same master bedroom, just from the other angle 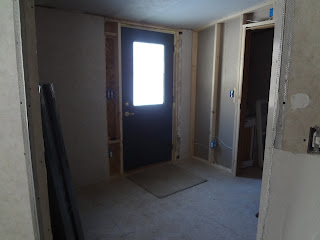 The above So the entry is much smaller than the original bedroom.  The door on the right leads to a large walk in closet to be used for coats and misc. storage items.  Part of the bedroom also turned into the doorway to the garage and the hall leading to it. 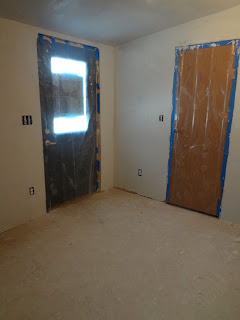 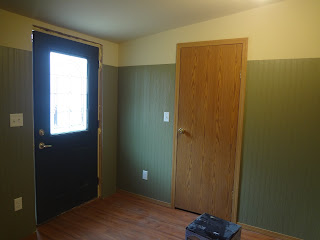 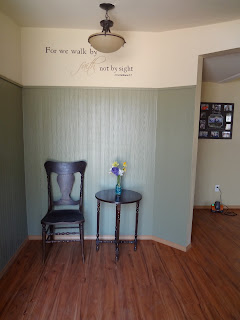 This last photo is straight across from the front door.  Nick, Richard and Brian wanted to give DJ, Jen and Marceaux a housewarming gift, so they bought the vinyl saying on the wall "For we walk by faith, not by sight.", and in the background on the right, you can see a collage frame with pictures of their Camp Daniel family.
at 5:40 PM