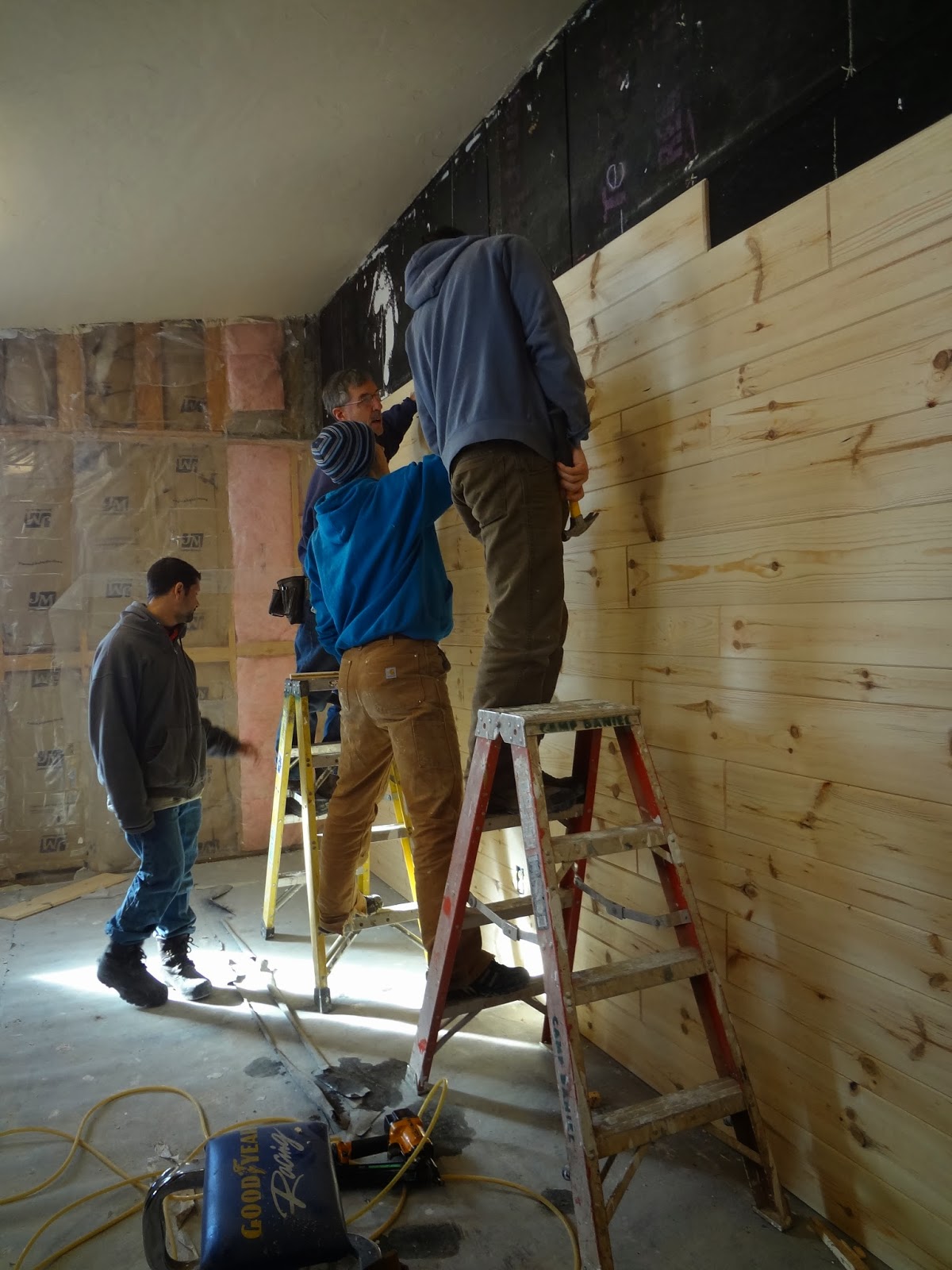 Each February the students from Nicolet Bible Institute (part of Silver Birch Ranch) come to Camp Daniel for two work days as part of their missions class.  Last Thursday afternoon, vans holding 24 students rolled onto the property.  Previously, the Camp Daniel staff prepared for their arrival by planning for lots of inside jobs (ridiculously cold outside), 5 meals, dorm cleaning, etc.  After having lunch they were split into three groups and got to work. 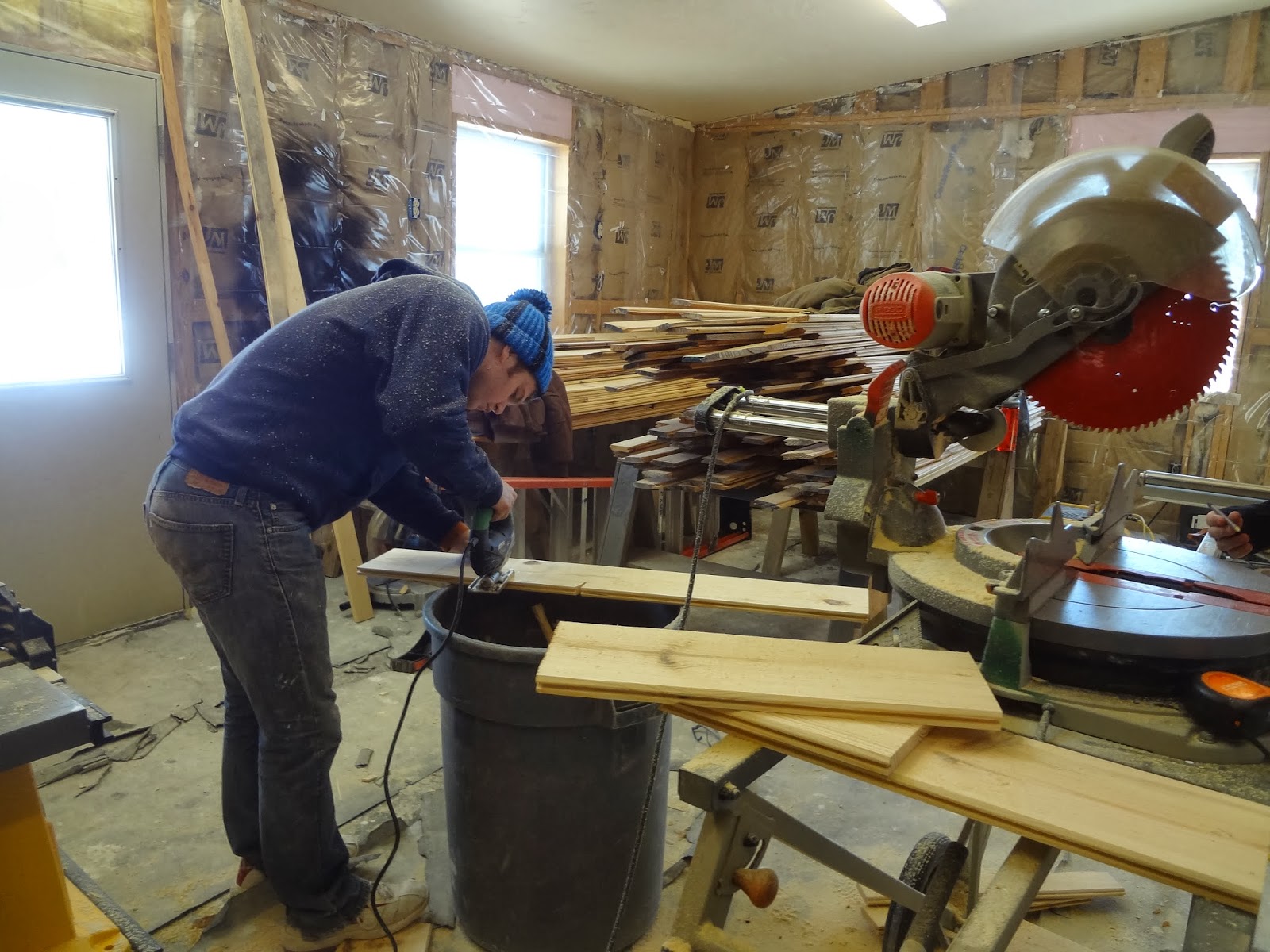 One group worked both days on installing tongue and groove on the last dorm room.  They got pretty far, and later this week, Dave Dettloff will work with Brian to continue where they left off. 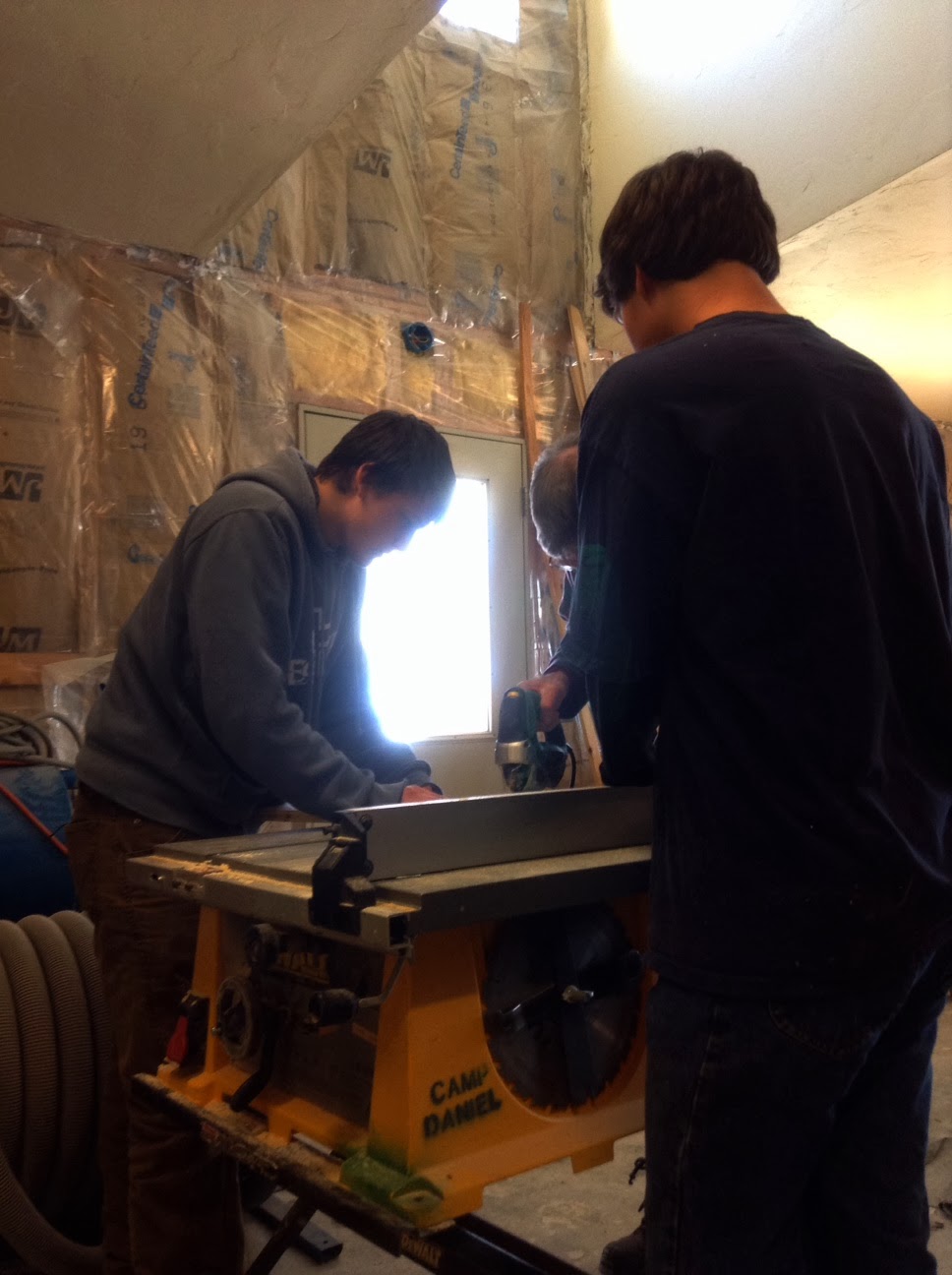 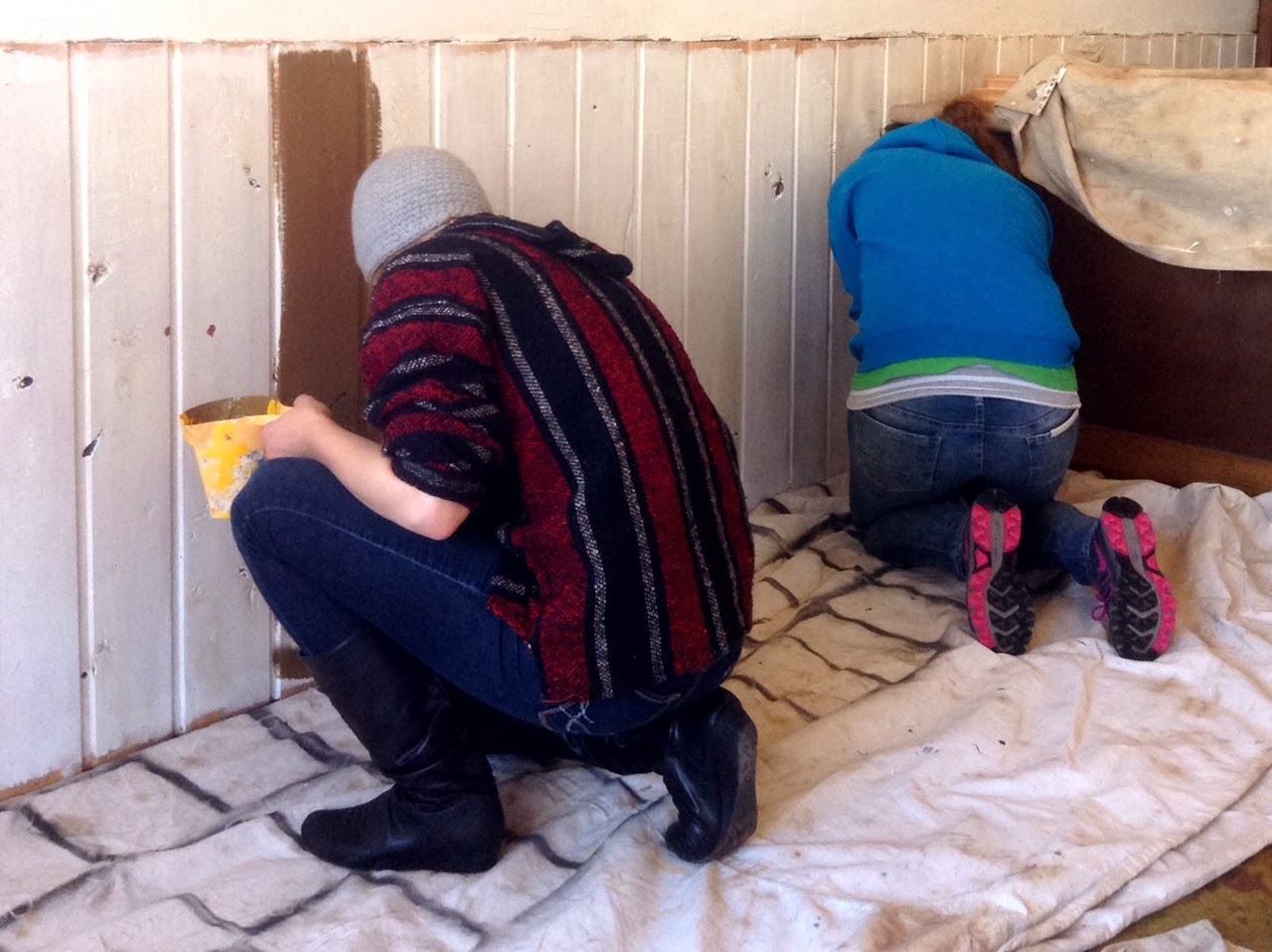 There was a group in the nature center.  The first day they sanded and painted the cabinetry, lower walls and trim.  The second day, this group helped with some summer craft projects and also helped move the craft supplies from the Lumberjack Lodge attic to the newly finished Factory (craft cabin). 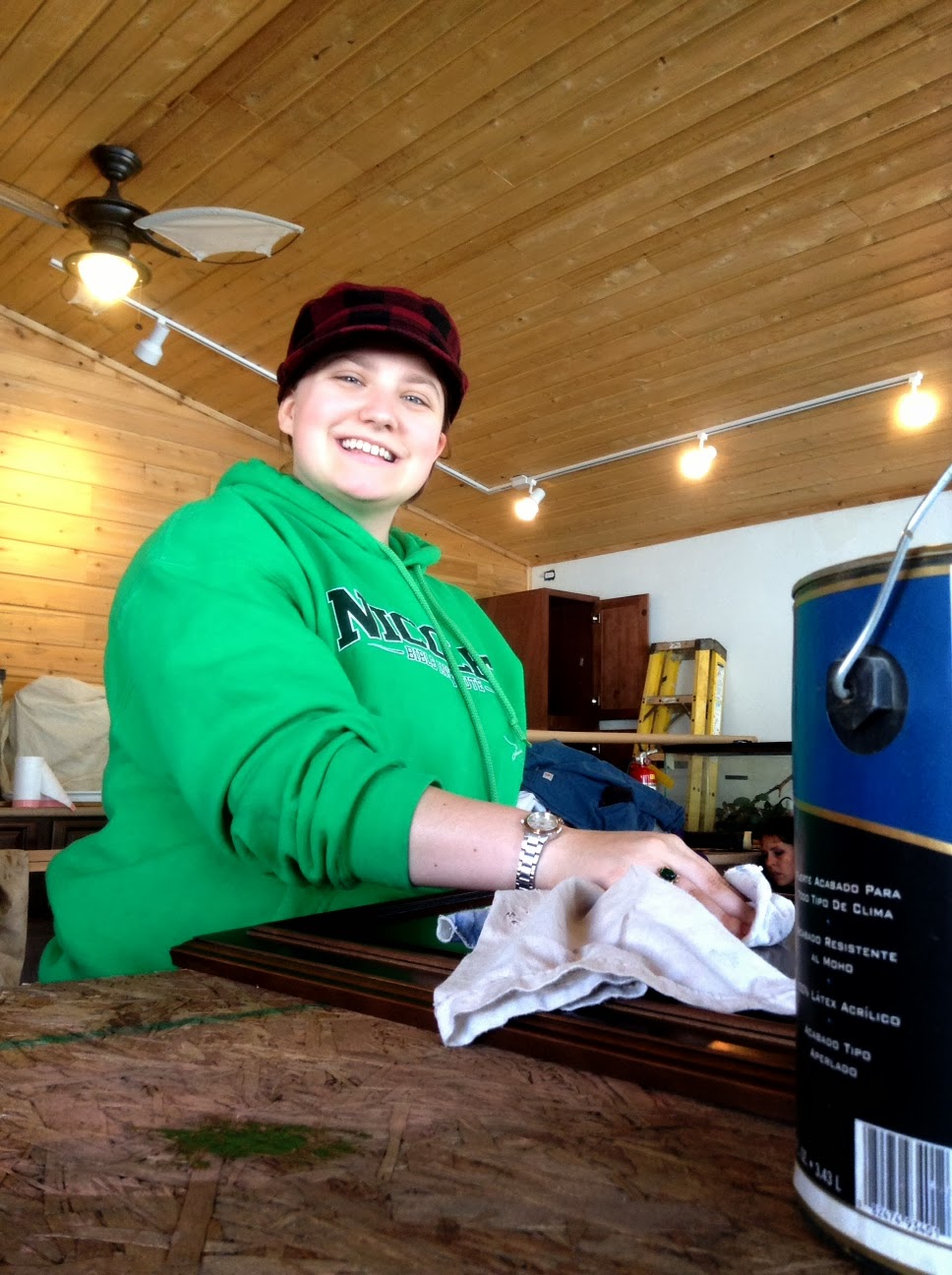 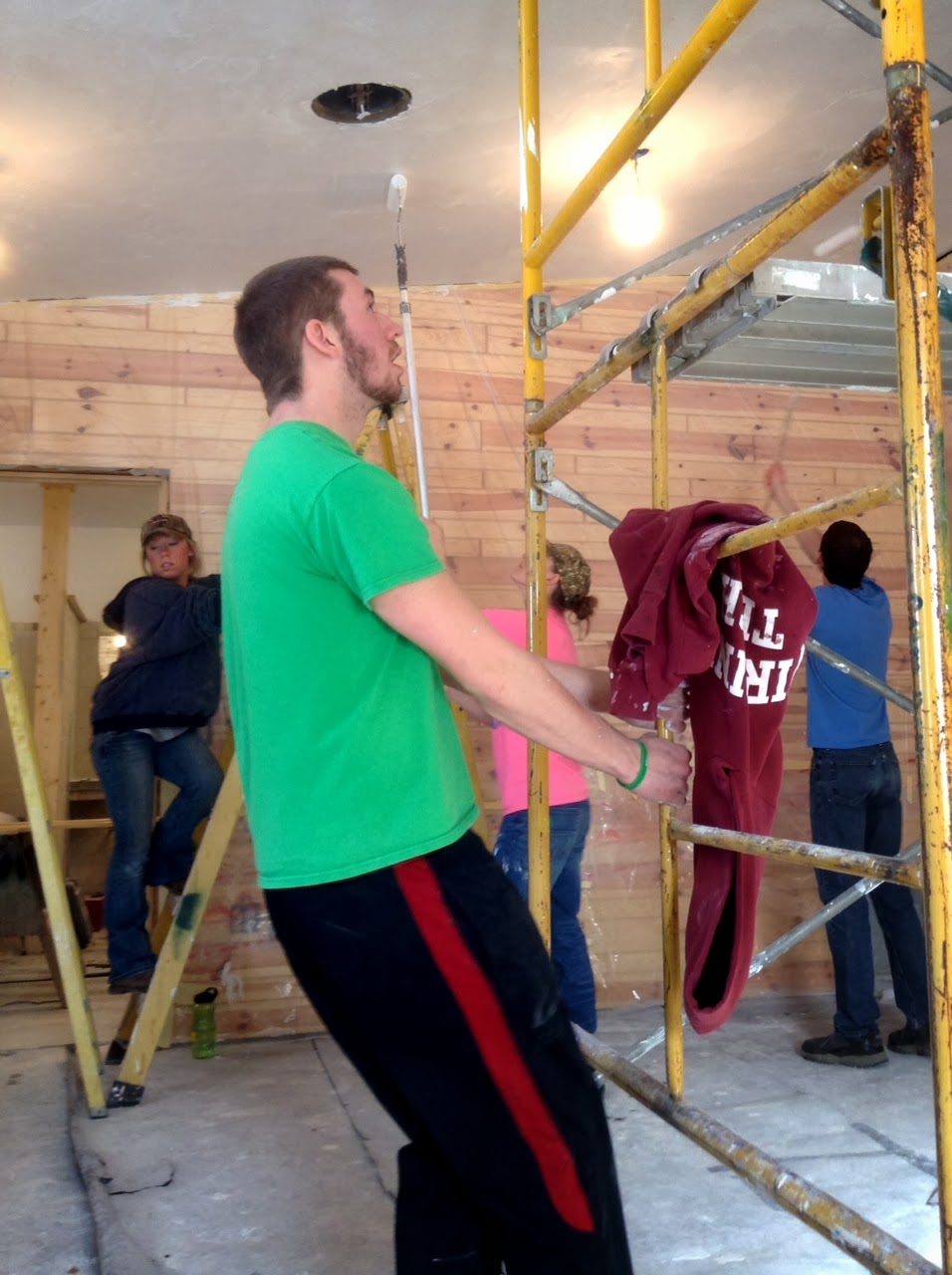 Steve worked with this group in a dorm room.  They primed the ceiling the first day, and painted it the second.  After they were done, they took down the plastic that covered the walls, and pulled up the floor covering.  Now we are ready for the next step. 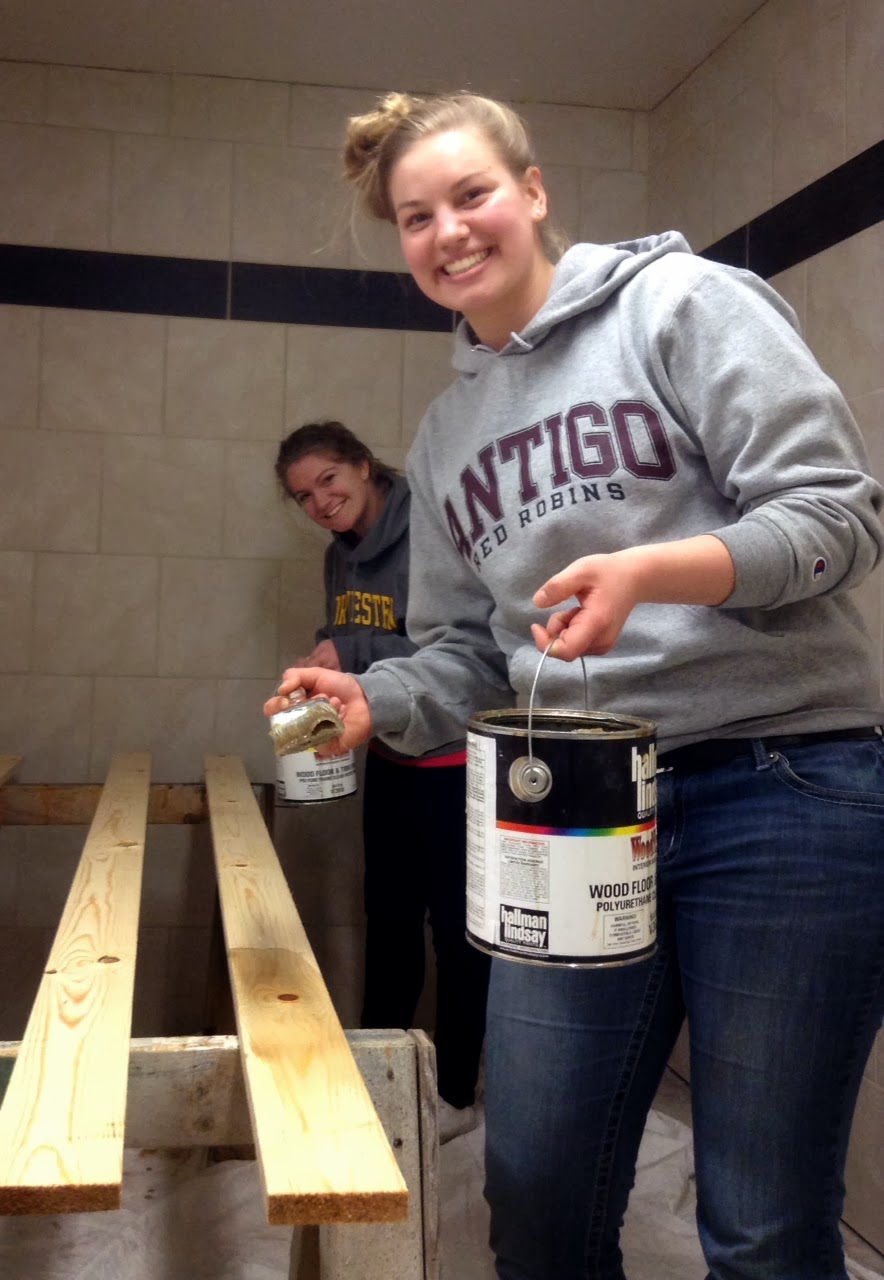 Some from that group also sanded polyurethaned the remaining trim that’s needed to finish the building.  There wasn’t much free space, so they worked in the bathrooms!  There were also some that carried the bunk bed sections from the storage trailer to the dorm and assembled as many bunk beds as would fit in the one empty dorm room. 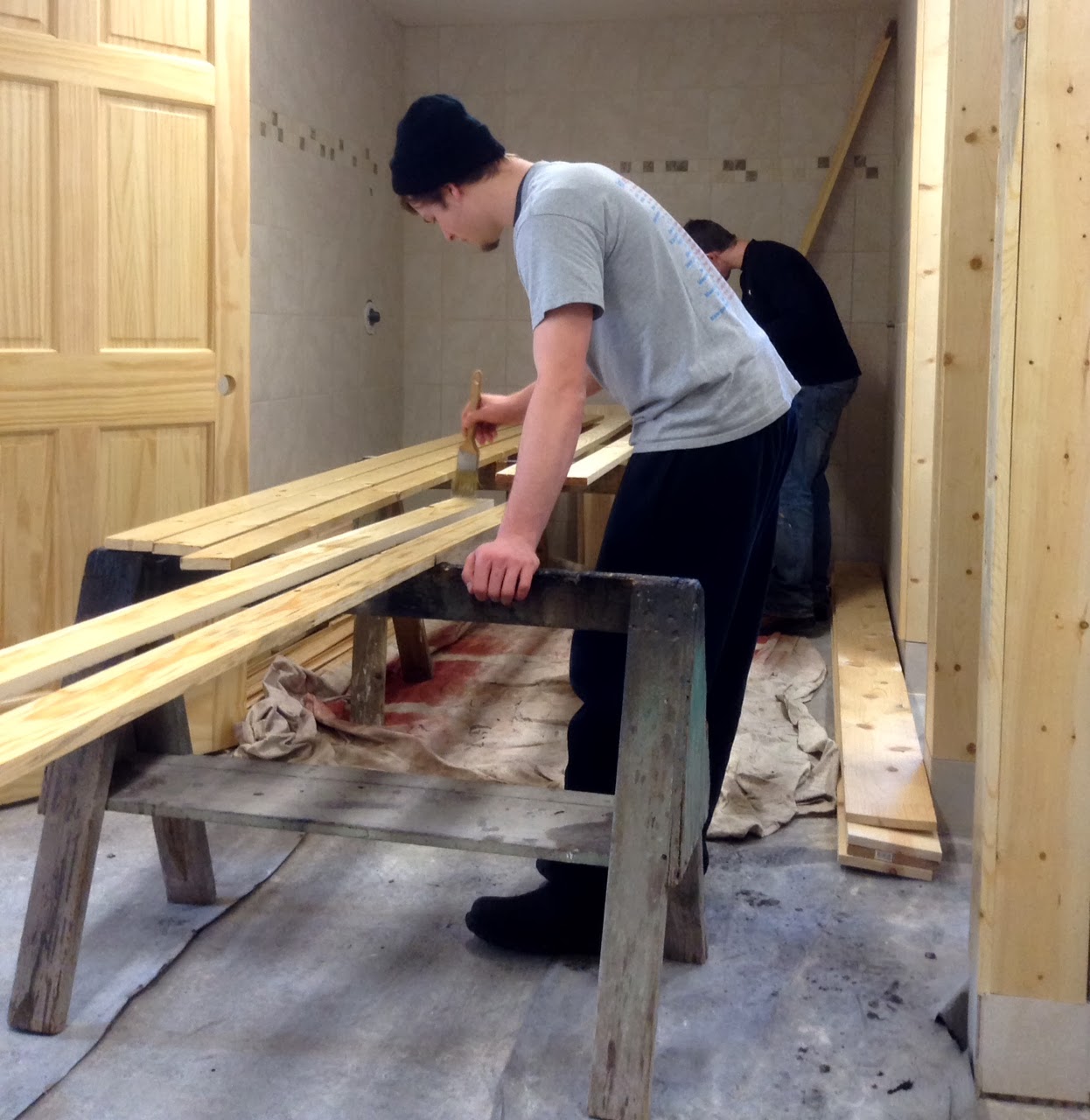 Around mealtimes, the Camp Daniel staff took time to share with the students about ministry and disability.  Each year, Justin shares about his life and what it’s like to have a physical disability.  Then the students get to ask questions.  Justin did his best job so far, and the kids felt comfortable enough to ask a lot of questions that one doesn’t often have the courage to ask.  One of the highlights was Thursday night, when the students just hung out with our guys upstairs playing board games and video games.  They had a lot of fun, and the noise level wasn’t normal until after midnight!
We really appreciate the staff, the program and the students from Silver Birch.  It’s great to have the working relationship with another nearby camp.  And when the dust all settles, it’s inspiring to be able to look around at all the work that was accomplished in just over 24 hours!