yes, we do things other than shoveling! 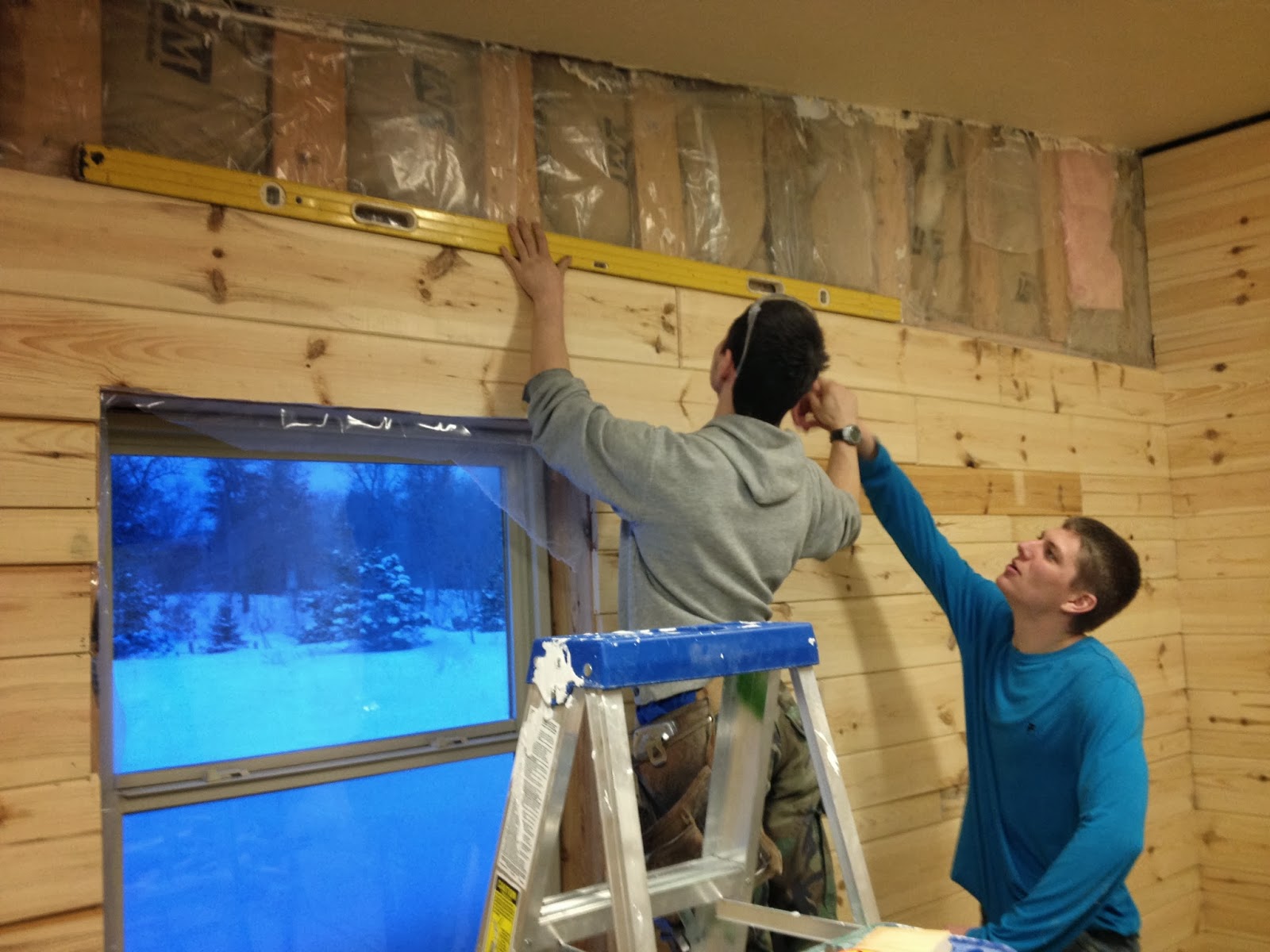 The interns and the guys have picked up where the work group from Silver Birch left off.  Tony gave them a training day on installing tongue and groove, and since then they’ve been off and running.  That is when they aren’t shoveling snow. 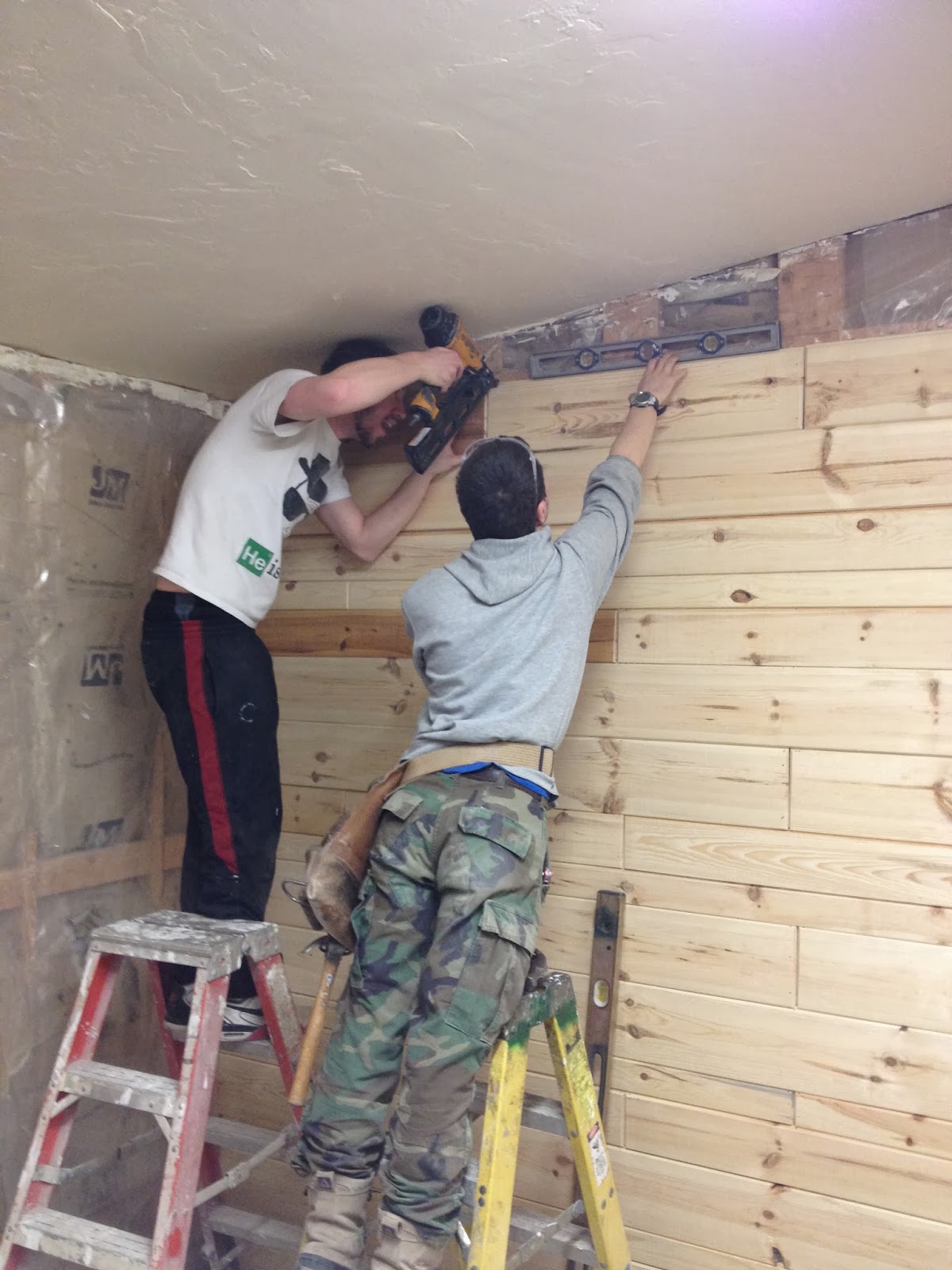 Steve and Nick do a great job of getting Brian, Nick and Richard involved. 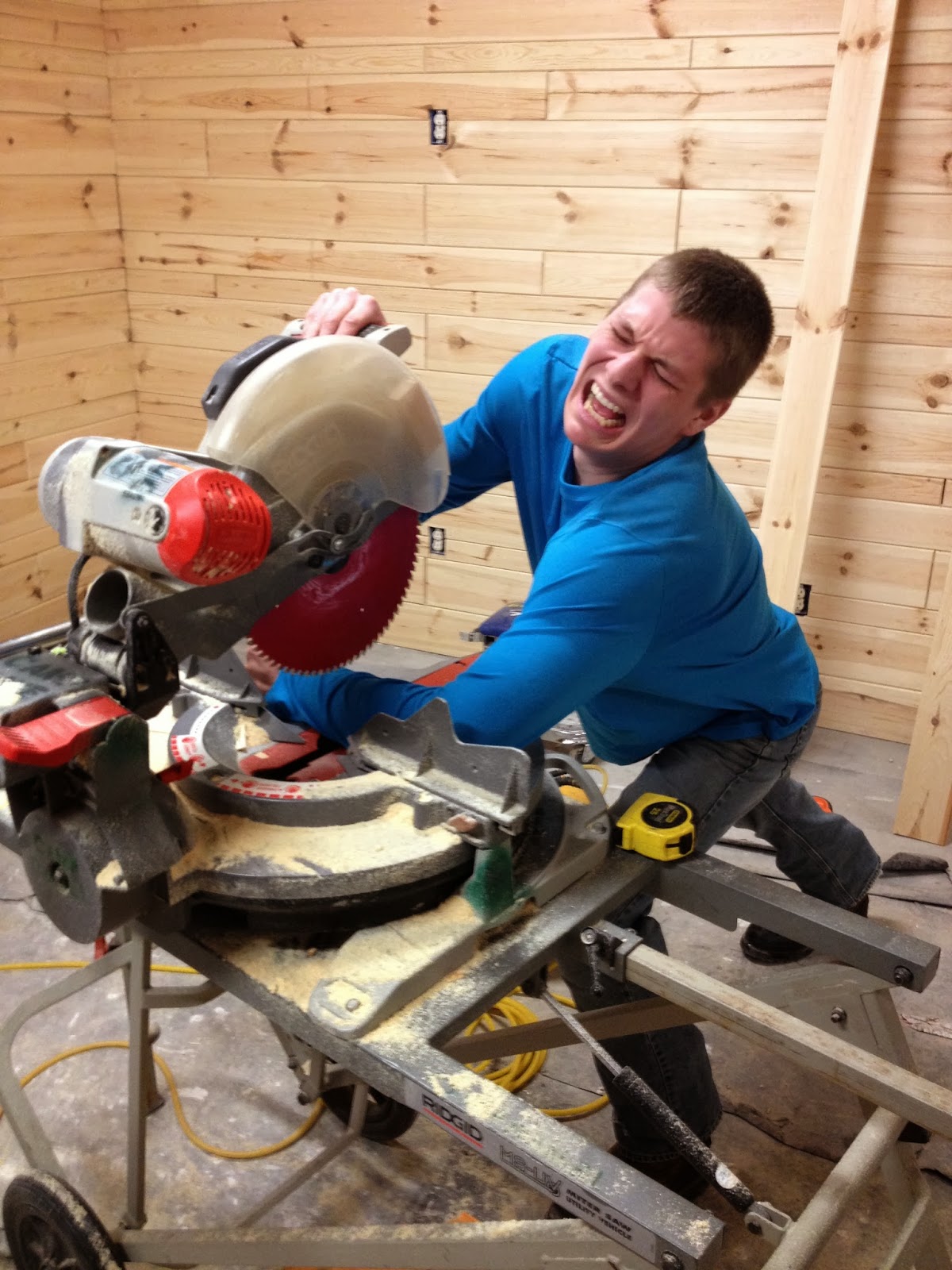 Maybe someone should be watching Nick a bit closer!  Actually, it’s fun and refreshing to have these guys around, as they make all their work involve fun. 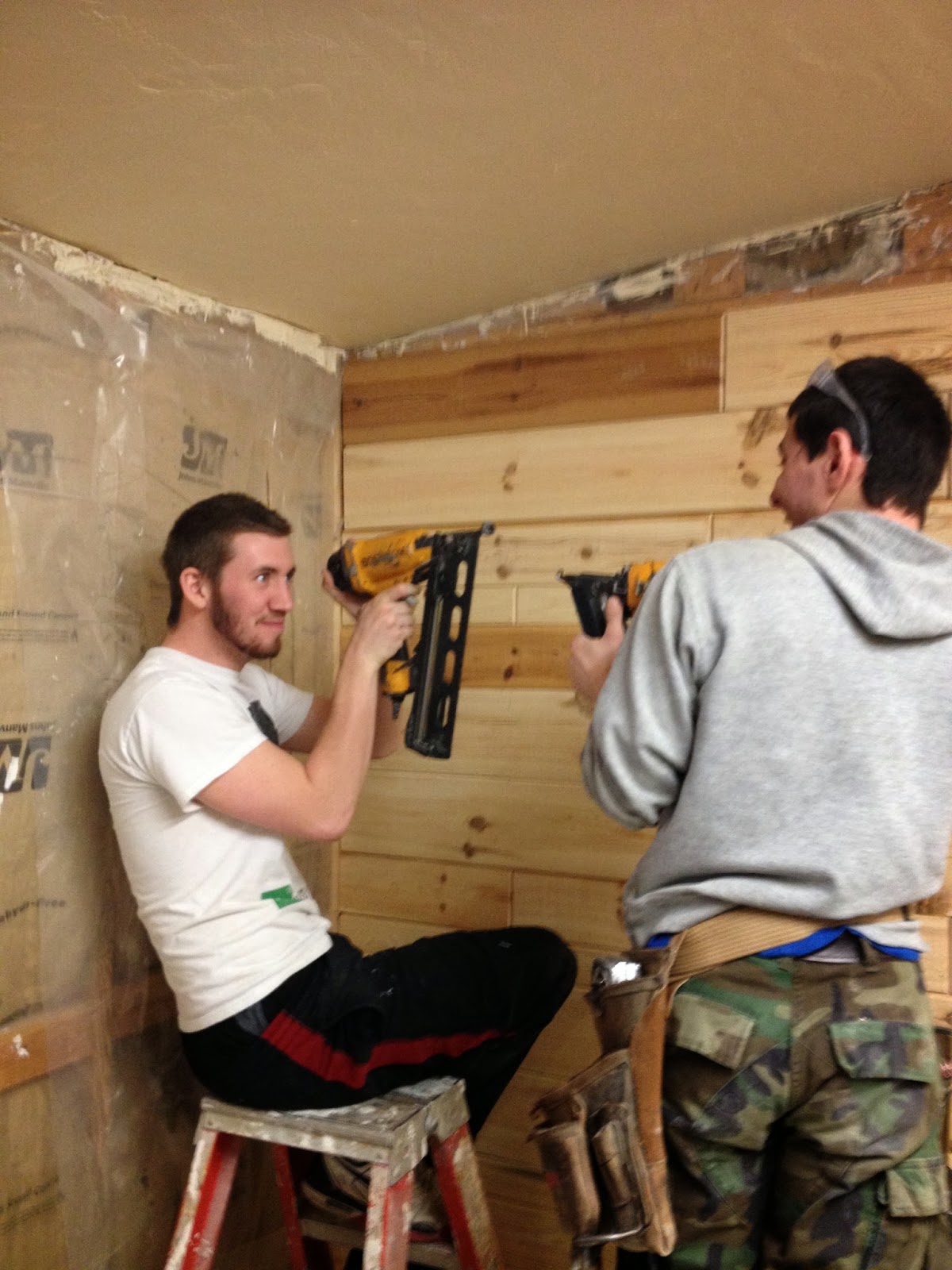 They finished the entire room, up to the angled ceiling.  So after another Tony Tutorial, they’ll be able to finish that part as well.  Then this room will be ready to poly.

Trish has learned how to plow and has been getting lots of practice.  We have had a rough winter vehicle-wise.  The plow truck has, unfortunately, been in the shop more than often than not.  And for several days last week, the John Deere snowblower was in the shop as well.  Right now, all everything is working, which is good, as we got another snowfall yesterday afternoon. 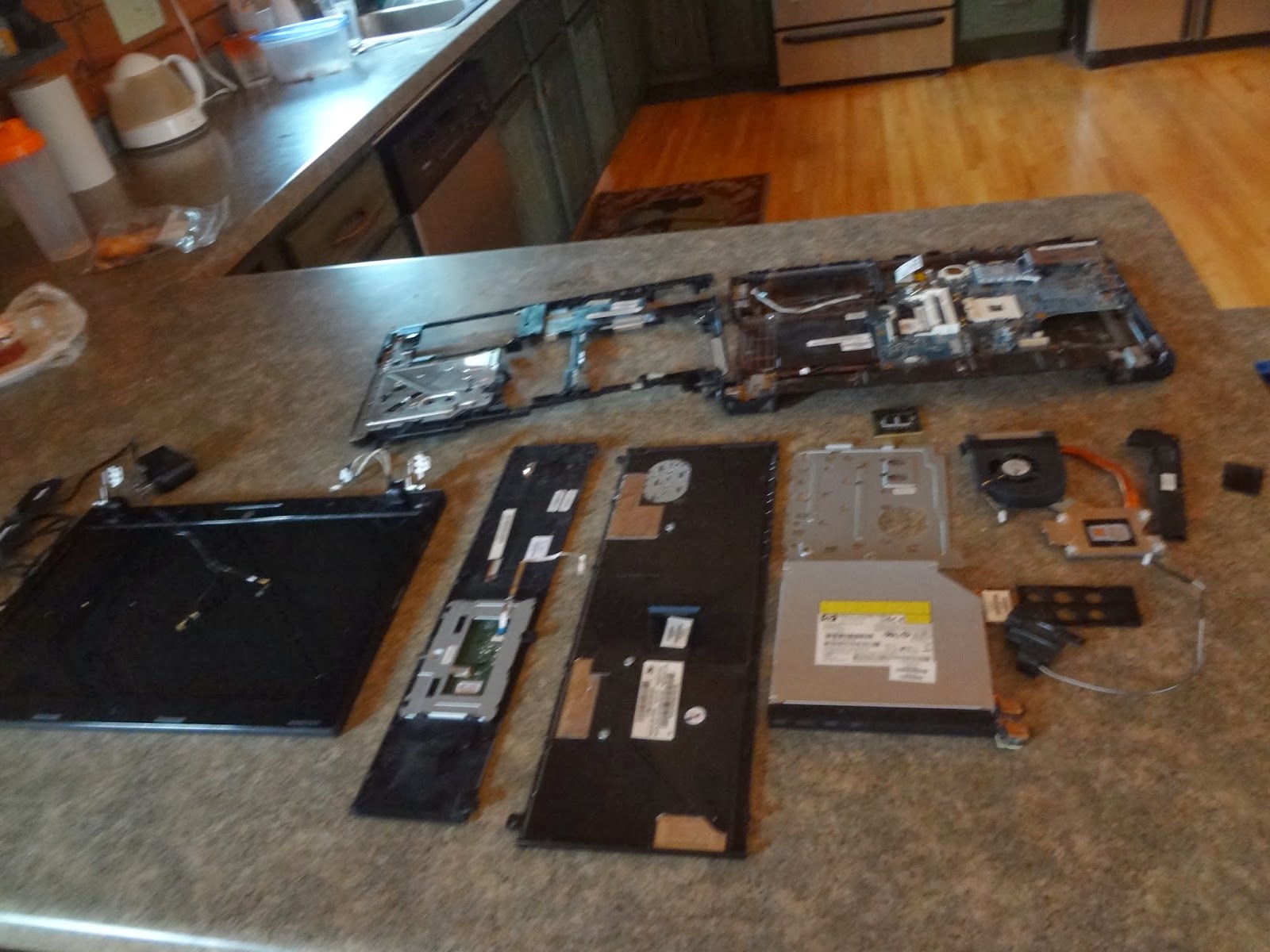 Molly’s computer crashed unexpectedly last week.  Justin has since taken it apart and is working on saving her files and installing new parts to get it working again.  Judging by the photo, I’d be happy just to get it back together without extra screws and parts!
Last week, the Bury’s left for Montana.  They will be spending two weeks there visiting family and participating in a week long missions conference at Marceaux’ old church.  Said church supports Jen and Marceaux as missionaries and they sent a team to camp last year.
at 10:43 AM