The concrete crew is working so quickly on the new building at Camp Daniel.  This week they put in the long pieces of rebar that will give the concrete walls strength.  Monday morning a flatbed truck rolled in with the forms for the walls, followed by two dump trucks of gravel.  This week has been a race against the spring road restrictions.  Basically, get as much here as possible before the weight limits are reduced.  The limits cause many more trips of materials than would otherwise be necessary; and we all know about the price of gas! 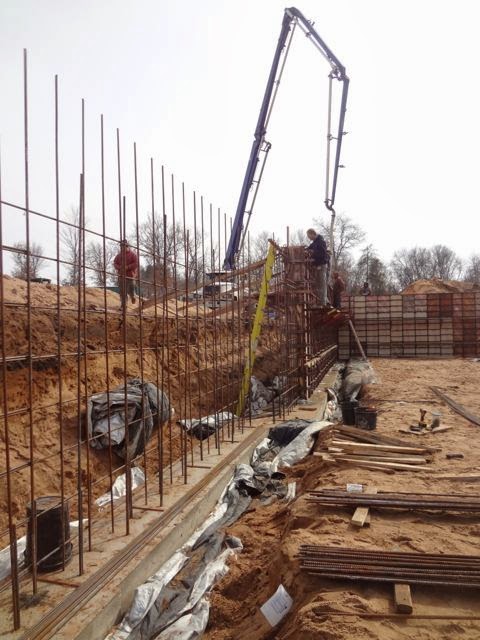 By yesterday afternoon, the forms were in place for about half the wall.  A pumper truck was brought in, and the concrete trucks came one after the other to get the forms filled.  If you’re not familiar, the concrete truck dumps into another vehicle that pumps the concrete up the high arm you see in the pics.  The crew then has great control over a narrow steady stream on concrete. 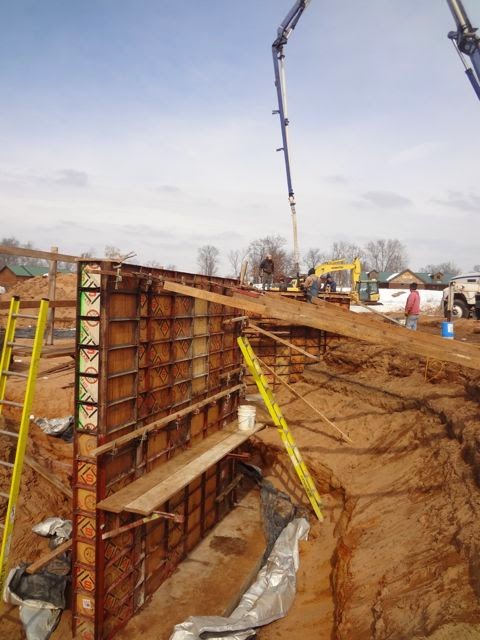 While all that was going on, more flatbeds brought materials.  One load was the floor trusses.  And the other is sheeting and lumber. 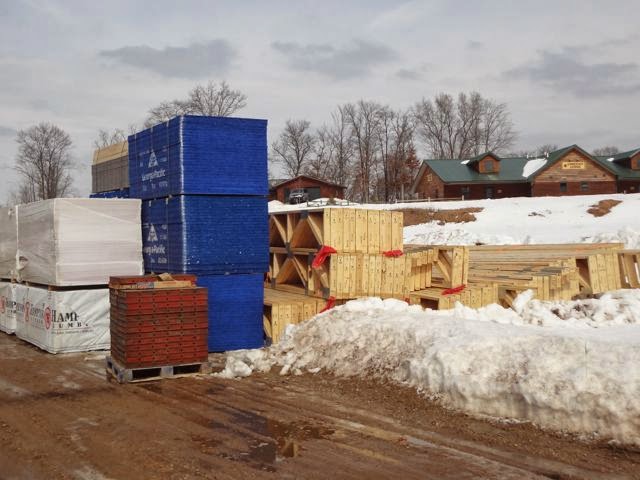 The fun part is that while all that’s going on, the rest of us were busy working in Trapline Lodge dorm.  Karol has been painting the logos in the cabin bathrooms.  Bobcat is the furthest along.  Marceaux and Brian were installing all the trim pieces for the venting in the last two rooms.  Trish and Molly filled nail holes with putty, which is a seemingly endless job.  Richard, Nick, Nick and Steve still had some doors and trim to polyurethane, so they tackled that job.  Afterward, Steve and Nick installed door knobs.  Molly sent out additional camp applications too.
And after working all day in the dorm, most everyone was off to Green Bay for Special Olympics and Bible study. 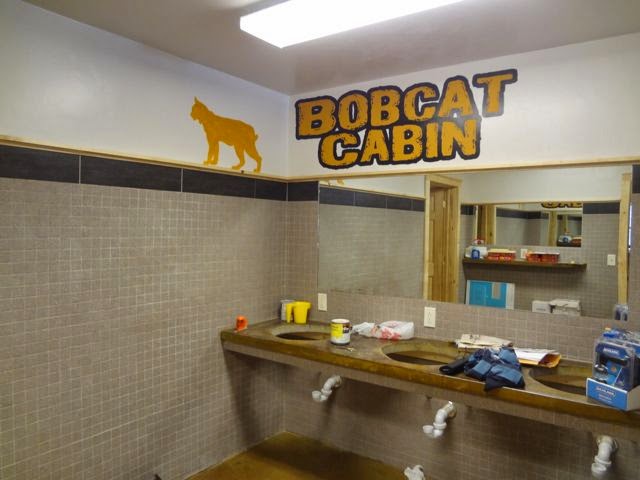