Camp theme and the car to go with it. 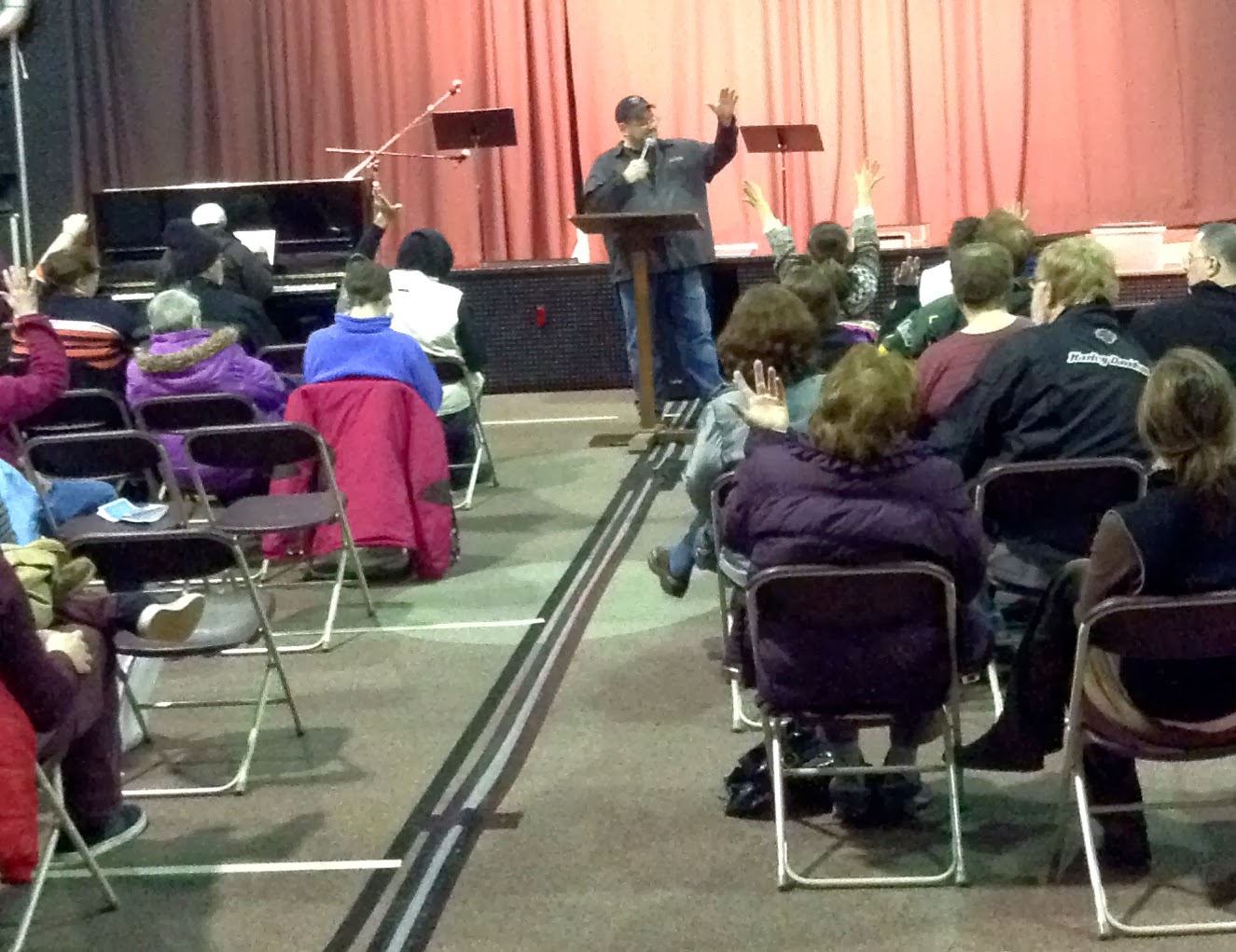 In the last blog, I mentioned that Tony unveiled the theme for this summer’s camps.  Since you weren’t at the meeting, I decided to make you wait an extra week for the online unveiling....

We are excited about the theme.  It will give the speakers wonderful opportunity to teach everyone at camp, and it will be a lot of fun to decorate around!
Tony and I were brainstorming about ideas for the chapel and we thought it would be cool to have  a race car on the stage area.  Between Craigslist, and Ebay, many great dreams can be realized.  A guy in Merrill, WI had a red indy style go cart for sale on Craigslist for a good price.  It was so perfect for our theme, that Tony sent Steve and Nick Sterry on an real Camp Daniel style adventure to procure the car.  Well, it’s a 3 hour drive one way for starters.  5 miles from the guys place, the trailer blew out a tire.  Thankfully, they were close to a car dealership, so they were able to stop there to get it fixed.  Steve and Nick tried detaching the truck from the trailer, so that they could continue on to get the go cart ( and just put it in the back of the truck for the few miles), but since the trailer was now uneven, then couldn’t get it detached, so they just had to wait the 2 hours that it took the dealership to fix it.  Then they get to the place and the guy selling the go cart tells them that it’s in a bus, and that they have to get it out themselves, and if they damage it or anything else, consider it bought!  So that adds to the fun of the day.   Then, as the interns are on their way home, they get pulled over for no running lights on the trailer!  Before leaving Camp Daniel, the guys had tested the blinkers and the brake lights, and since those were in working order, thought that they were okay.  Thankfully, the officer, was very nice, and no citation was given.  So after an 11 hour day, they made it back, with a really cool prop for camp.  Tony told them that that’s just how things tend to go around here.  Steve and Nick are fully and officially initiated into Camp Daniel.

Other things going on:
We’ve all been working hard on finishing the Trapline lodge.  It was “all hands on deck” last week, when, one of the rooms was primed and painted.  After that was done, I was able to use the room to spray the clear coat on the bathroom stall doors.  The doors are louvered, so using an HVLP sprayer is the way to go.  The process smells up the entire building so much that we have to turn off the furnaces so as to not drag the chemicals throughout the entire heating system.  Dave Dettloff has been here a couple days.  He’s still tackling the large job of trimming the bathrooms.
Trish, Steve and Nick have also applied 2 coats of polyurethane to all the doors for the building.

Last Saturday, many of us went to Crivitz High School to cheer on Nick Sterry as he played in an alumni basketball game versus Wausaukee.  It was fun to cheer him on.  We kept hoping for him to get a breakaway, because Tony told him that if he didn’t jam it during the game, then he must be getting old.  Unfortunately, he didn’t get the chance.  Also playing were Dylan Hanson and Brandon Gross.

I have to mention the less fun, but very important work that’s been going on in preparing for the Able Winter Retreat.  It’s this weekend, so here’s some of the things that are being worked on:  applications, money, rides, chaperones, room assignments, luggage organization, food for 50 for 5 meals, rec, chapel, AV needs, movie setup, small group study, guest speaker accommodations, first aid kit, crafts, outdoor games, snack stand, emergency contact info....and the list goes on.