The youth group from Our Lady of Hope, a Catholic church in Des Plaines, IL, came Sunday afternoon for a missions work week. Camp Daniel has been blessed by their contributions for the past several years, so even though we're on our between camps week, we are super excited to have them here. Some of the projects from past years include building the nature center, putting cabinetry in the nature center, putting up a split rail fence, and lots of retaining wall. There's about 30 people including the youth and the leaders. They are all staying on the grounds. As you can see from the picture below, some of the quarters are a bit tight. This is the craft cabin, where some of the girls are sleeping. They are also sleeping in a camper, courtesy of the Mandich family. The guys are all sleeping upstairs, and the leaders are in Marceaux's room and in the conference room of the office. 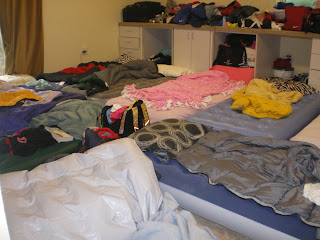 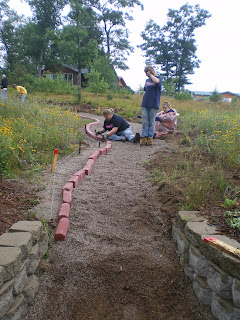 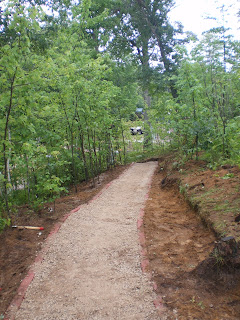 The group also finished the Bocce Ball court that Tony and the guys started. Again, pea gravel and crushed limestone, compacted. They added treated 6x6s for the bumpers. They also put in a removable piece so that the court will be wheelchair accessible. We still have to find the material for the top layer. Which needs to be very fine and compactable. 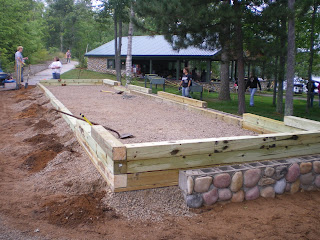 The third project they're working on is the walls in two rooms of one dorm. They put up fiberglass insulation, sound absorbing buffalo board and pine tongue and groove. It's exciting to have progress inside the dorms that you can really see. The ceilings will be drywalled and plastered at a later date. The plan is that next year they'll be able to sleep in these two room and have the baths done for them as well. 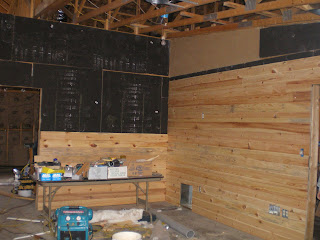